At a recent meeting of the group behind the Plug-and-Pack™ guidelines, building blocks were created to pave the way for a standardized way of getting production and performance data to and from machines on a packaging line.

The PackTags 1.0 specification was officially adopted as part of the PackML (Packaging Machine Language) by the group behind the Plug-and-Pack™ standards, the OMAC (Open Modular Architecture Controls) Packaging Work group.

The group, which held its annual meeting in late February in Orlando, FL, is a coalition of end users, machine builders and controls suppliers working together to simplify the deployment and maintenance of the next generation of automated packaging machinery. (For details on PackML and PackTags, see our recent article or see the PackML Web site.)

PackML, a standard way for packaging machines to communicate data and commands to one another and to higher-level factory computer systems, is widely regarded to be the biggest breakthrough that the OMAC Packaging Workgroup has produced.

At the meeting, Thinus van Schoor, automation manager for SABMiller, said the multinational brewer used the four packaging line types specified in the PackML guidelines as a tool for cataloging and assessing the brewer's extremely diverse holdings. (SABMiller is the new name of South African Breweries after it purchased Miller Brewing in July 2002. It operates 112 brewing facilities in 24 countries.) The line types also make it possible for the brewer to begin thinking strategically about which lines need to be upgraded, and provides for a clear migration path, van Schoor said.

Other updates from the sub-teams that make up the OMAC Packaging Workgroup:

PackConnect: The team has completed its second draft of a requirements document for a packaging-specific profile of the SERCOS protocol, with the final draft due this spring. The group also expects to produce its first draft of a similar document for the Profibus protocol.

PackLearn: With newly invigorated leadership from Dr. Ken Ryan, who directs the motion control education program at Alexandria Technical College in Alexandria, MN, this team plans to prepare a tutorial for the IEC 61131 programming standard, which is being revised to include standards for motion control programming. The team also plans to produce a tutorial on third-generation packaging equipment. In addition, Ryan is applying for various state and federal grants on behalf of OMAC to develop a mechatronics curriculum, which would focus on combining elements of mechanical engineering and software engineering.

PackSoft: The executive committee approved PackSoft's recommendation that it adopt IEC 61131-3 as a motion programming standard.

PackAdvantage: In order to identify the benefits of packaging machinery designed from the ground up around servo technology (so-called third-generation machines), the group is working on a definition matrix of the three generations of packaging machinery. The team hopes users will be able use such a document to distinguish those machines that are most likely to provide the benefits promised by servos from earlier designs that don't quite fulfill the promise of servo technology. 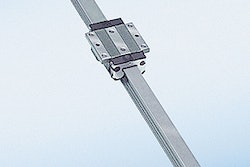 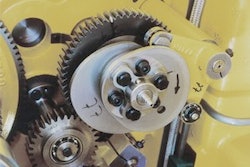 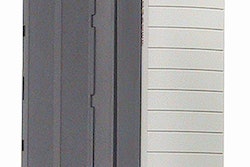