A Siemens PLC exchanges packaging data with a Rockwell Allen-Bradley PLC via a simulated packaging-line network.

David Newcorn
Siemens PLC (left) is connected to a Rockwell Allen-Bradley PLC (top, center). Both are programmed with the OMAC PackML state mo

Visitors walking the aisles of the recent ISA Process Control Conference may have done a double-take at the Siemens booth. Sitting there was a PLC from none other than Rockwell Automation.

The Allen-Bradley PLC was networked to a Siemens PLC in an interoperability demonstration using PackML. PackML is a packaging machine language being developed by the OMAC Plug-and-Pack™ workgroup. OMAC (Open Modular Architecture Controls) participated in the conference and exhibition, held June 5-6, in King of Prussia, PA.

The demo was significant in revealing the power of the PackML state model—a way of representing different machine states, such as running, stopped, or other state—as an enabler of interoperability between two of the arguably highest-profile makers of PLCs. According to Markem's Fred Putnam, chair of the PackML team, this was the first-known PLC-to-PLC PackML interoperability demo.

The Siemens engineer who set up the demo, Keith Spiro, was able to connect the two PLCs and get them talking without knowing anything about the program inside the Allen-Bradley controller. (Procter & Gamble programmed the PackML state model into the Allen-Bradley PLC and loaned it to Siemens for the demo.) This effort was made substantially easier because both PLCs conformed to the PackML state model and tag- naming conventions, meaning they both speak the same "language" even though their internal programming is completely different.

Interoperability has been the vision for PackML from the start, and the actual real-world demo has profound implications for packaging machine buyers interested in speeding up deployment of packaging machines from different vendors on the plant floor.

According to the OMAC Plug-and-Pack group, packagers who specify PackML on their machines can be freer to purchase "best-in-class" packaging machines, knowing that PackML machines from multiple suppliers are easier to deploy—and redeploy—on new lines.

Similarly, machine builders who start to build PackML into their control systems are freer to choose the best automation hardware for their particular application versus having conflicting standards imposed on them from customers. Users with experience specifying PackML have said doing so does not add cost or delay a project.

In other PackML news from the conference: PackML PackTags 1.0 is now available in 15 different human languages, including Chinese, Japanese, and Russian. The PackML team plans to spread the word to machine builders that PackML can be added as a thin layer on top of the OEM's existing control system, rather than requiring a complete re-engineering of the system. The PackML team reported that Bosch-Rexroth, Elau, Rockwell Automation, and Siemens all have announced support for PackML and have demonstrated their products implementing the PackML state model. Next up for PackML is PackTags 2.0, with added support for older PLCs. A time frame for this was not specified.

The PackConnect team, also a part of the OMAC Plug-and-Pack group, plans to demonstrate interoperability of multiple drives from different manufacturers using the new packaging-specific SERCOS and ProfiDrive protocols. Those protocols were recently enhanced for packaging machinery requirements at the request of the PackConnect team.

The PackSoft team plans to encourage packagers and machine builders to specify IEC 61131-3 compliance in their machines. Like PackConnect, PackSoft worked with PLCOpen to enhance the IEC 61131-3 standard with motion-control support specific to packaging machinery.

Wider spread adoption of IEC 61131-3, especially in the United States, will allow PLCs, PCs, and motion controllers from different automation suppliers to be programmed in a more standard way. The PackSoft team is now focusing its efforts on developing a so-called guidance document that helps users choose which of the five types of programming languages specified by 61131-3 is best for a particular programming task. The team plans to present this document at Pack Expo Las Vegas 2003.

All of the teams plan to collaborate on a demo that incorporates all of the OMAC Plug-and-Pack™ standards, which will be shown at Pack Expo International 2004 in Chicago. 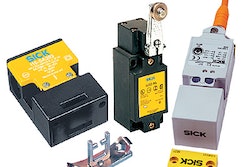 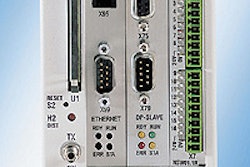