Packaging machinery OEM Packaging Efficiency Solutions found just the right bar code scanners for a system that inspects all angles of the bottle or label at speeds to 100 bottles/min.

Pat Reynolds
The compact machine adds no more than 34 in. to the length of a packaging line. It reliably inspects all angles of the bottle or label at speeds to 100 bottles/min.

Packaging Efficiency Solutions, which specializes in equipment for the food and beverage, pharmaceutical, and nutraceutical industries, was approached by several customers seeking a reliable system for reading barcodes on bottles or labels to improve serialization and verification. The target customers for this system were pharmaceutical manufacturers and contract manufacturers engaged in serialization activities, as well as producers of consumer packaged goods products using the system to allow label and print verification on all bottle sizes and shapes.

As with any automated system meant to work for a variety of end users, flexibility was paramount. To make the new system accessible to the broadest possible range of customers, PES needed to keep the overall machine footprint small and invest in highly intuitive technology that would minimize installation and maintenance needs. Finally, PES was hoping for a system that would exceed the level of reliability currently being used by its customers.

PES tapped Omron to design the new system, dubbed the PES-360, and Omron selected its popular MicroHAWK barcode readers as the key technology. Omron partnered with Saddle Brook Controls, a distribution partner based in New Jersey, to help with integration and testing. As a local company, Saddle Brook has been able to provide quick support with respect to implementation and optimization.

The new system needed to reliably inspect all angles of the bottle/label at speeds to 100 bottles/min, says PES General Manager Andrew Smith. “The goal is to decode the data in the 2D bar code—lot number, expiration date, serial number, GTIN—and associate that code with a code on the top of the bottle, which also gets scanned by a MicroHAWK barcode reader,” Smith continues. “So when that bottle reaches the end-of-line equipment, you can scan it from the top and know exactly what’s in the case without having to see the entire bottle sidewall.”

In addition to keeping the footprint small—the PES-360 adds no more than 34 in. to the length of a packaging line—PES wanted to reduce the amount of integration and line modifications required for installation. Makers of comparable solutions were offering systems that were fairly large and quite expensive, so PES was hoping Omron would be able to come up with a compact and cost-effective solution.

Reliability was also a key requirement. Some of PES’s customers were already using automated bottle inspection systems, but these didn’t use enough cameras to be fully reliable. Since they took just a single image per camera per bottle, they had an elevated occurrence of false rejects or no response. The PES-360 needed to make sure that every point on the circumference of the bottles would always be seen by at least one of the system’s camera, regardless of bottle orientation.

To combat the issue of false rejects, Omron used seven cameras—initially MicroHAWK ID-40 cameras but transitioning to V430 cameras as the latest technology—to achieve maximum performance. The MicroHAWK Series is known for small size and easy installation, and the family’s compact design allowed Omron to integrate six cameras situated around the conveyor and one above.

The PES-360 takes advantage of the cameras’ ability to capture images in bursts as opposed to a single image per trigger, which provides more chances to successfully inspect and decode the data.

The MicroHAWK readers are easily integrated into the current control system, where the standard/configurable I/O offers greater flexibility in machine logic setup. In addition, the system’s ability to communicate data match strings via TCP/IP messages minimizes hardware requirements, and the use of self-contained smart cameras reduces the need for more skilled technical resources to interface with traditional PC-based camera systems.

More than 30 PES-360 systems have now been integrated into customers’ packaging lines, and the solution has helped PES become a leading resource for serialization and inspection systems. The MicroHAWK cameras work wonders when it comes to giving PES more flexibility. Depending on the application, Omron has a wide variety of MicroHAWK resolutions to choose from without having to change the overall system’s mechanical design. There are many options for internal lighting, but there’s also the option to utilize external lighting when required. PES is currently using SXGA (which is a 1.2MP sensor) with integrated lighting.

Another benefit of the MicroHAWK ID-40/V430 cameras is that their barcode reading capabilities can be easily upgraded to a machine vision smart camera without requiring any mechanical changes to a customer’s equipment. Based on the success of the PES-360 and the ease of collaborating with Omron, PES is looking into partnering with Omron for a variety of other vision inspection and code reading applications. 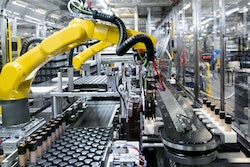 Counting Down the Top 10 articles of 2020 - #8: L’Oréal Replaces 5 Machines with One Smart System 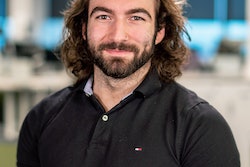 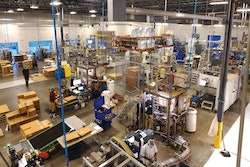