Some of the packaging machinery used in the agricultural industry is built to last a mighty long time. But that doesn’t make it immune to upgrades, especially when it comes to controls. One such upgrade was the subject of a presentation delivered at the Innovation Stage at PACK EXPO Las Vegas last September by Chris Noble, Business Development Manager F&B | Packaging at Emerson Automation Solutions.

The specific packaging equipment involved was a 15-year-old bagger used to produce, for example, 75-lb bags of corn kernels or soy beans. The machine takes flat, empty sewn-open-mouth bags from a magazine feed, positions them beneath a funnel, and discharges soy beans, let’s say, through the funnel and into the bag before sewing the bags shut and discharging them.

The pneumatic actuator responsible for opening and closing a gate valve releasing beans into the funnel was originally capable of just two positions: full open or closed. When the bagger called for product, the gate valve would open and release product into the funnel, but it would do so in what might be called a “dumb” fashion. Product would rush through the funnel and then suddenly stop, so there was no consistency in the flow. This resulted in too many bags being inaccurately filled, which in turn led to rework, wasted bags, and overtime. Upon examining the situation, Noble figured that there had to be a better way.

“First it was a matter of adding intelligence to the pneumatic actuator responsible for product flow,” says Noble. “From there it evolved into an IOT opportunity where we now take a look at upstream and downstream sensors so that there’s a way to make each actuator/gate valve ‘know’ what percentage of its full stroke it needs to execute in order to produce a smooth and consistent flow of product into a bag.”

As the diagram shown here indicates, the solution Noble implemented is a closed loop. The right half of the smart manifold in the upper right is an air manifold and the left half is built-in I/O for sensors. Information from sensors about upstream and downstream processes is fed into this intelligent manifold. That information tells the proportional control valve how much pressure it needs to produce to get the pneumatic actuator to extend or retract. And the intelligent sensor, an Aventics SM6 distance measurement sensor, confirms the exact position of the actuator,  feeding that information back into the intelligent manifold. The net result is that where formerly the actuator could only stroke all the way open or all the way closed, now it strokes on demand and is infinitely variable based on upstream and downstream conditions.

There were two other improvements made. One was a connection  to a cloud-based system for collection and analysis of data. This permits predictive maintenance plus batch-to-batch monitoring and comparison. The other was converting the bagging equipment from 110- to 24-v, which improves safety in a dusty environment.

With the Emerson solution in place, the agricultural producer operating the bagger gets 1,792 more bags daily and was able to reduce overtime by 2.13 hours per day. 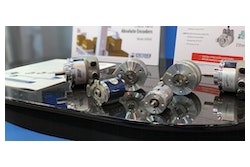 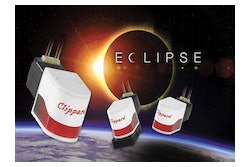 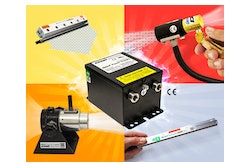 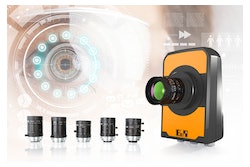