Outdated drives, relay logic and PLCs running on proprietary software, which was making them increasingly difficult to operate, maintain and support

Though segregated systems still predominate, many companies are taking steps toward integrating safety and control systems—and reaping benefits.  Evergreen Packaging, Memphis, Tenn., is one of them.

At its Olmsted Falls, Ohio plant, Evergreen Packaging produces milk cartons from rolls of paperboard supplied by one of its paper mills. The plant uses eight sealers and converting machines to fold, print, die cut and seal the cardboard cartons. The high-speed converting operation is capable of producing cartons ranging from 4 ounces to half gallons, with an average output capacity of approximately 400,000 cartons per hour.

Over the years, Evergreen machines have employed a mix of control technologies from different suppliers. Most recently, the machines consisted of outdated drives, relay logic and PLCs running on proprietary software, which was making them increasingly difficult to operate, maintain and support.

To make changes to the machines, engineers had to perform complex reprogramming for each new control function.  Access to reliable support also was a growing concern, as the company was finding it increasingly difficult to find engineers with the knowledge and skills needed to support the older, diverse technologies. In addition, limited diagnostic capabilities made troubleshooting an ongoing challenge.

Another area of complexity centered on the extensive amount of wiring required with the existing control system design, which complicated maintenance and repair, and multiplied the potential points of failure.

Trouble-shooting nightmare
“Some of our machines had 15 E-stop buttons all wired in series, which created a troubleshooting nightmare,” said Richard Stewart, senior project engineer, Evergreen Packaging. “Even a simple problem, such as a failed sensor, could be extremely difficult to identify and locate, putting the entire operation at risk for incurring substantial downtime losses.”

To help improve machine safety and reliability, each of the machines are equipped with an Allen‑Bradley SmartGuard 600 safety controller, which concentrates all safety circuits into a single system. Connected to the machine controller via DeviceNet, the SmartGuard controller helps simplify safety functions, eases troubleshooting and minimizes downtime by giving operators clear identification and status of each E-stop event.

The move to integrated control technology allowed Evergreen to reduce the size of its installation by 50 percent and minimize the number of spares it needs to keep in inventory, saving space and capital.

The improved monitoring and diagnostic capabilities have helped Evergreen reduce its maintenance costs and increase its uptime by 25 percent. Equally important is the increased reliability, due in large part to the significant reduction in the amount of wiring required.

The result, according to the company, is a significantly enhanced competitive position and a strengthened bottom line.

As packaging companies and OEMs move deeper into integrating safety with other functions, it’s reasonable to assume that more success stories are on the horizon. 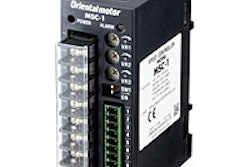 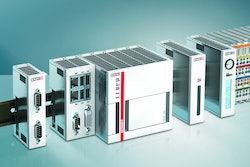 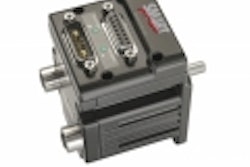