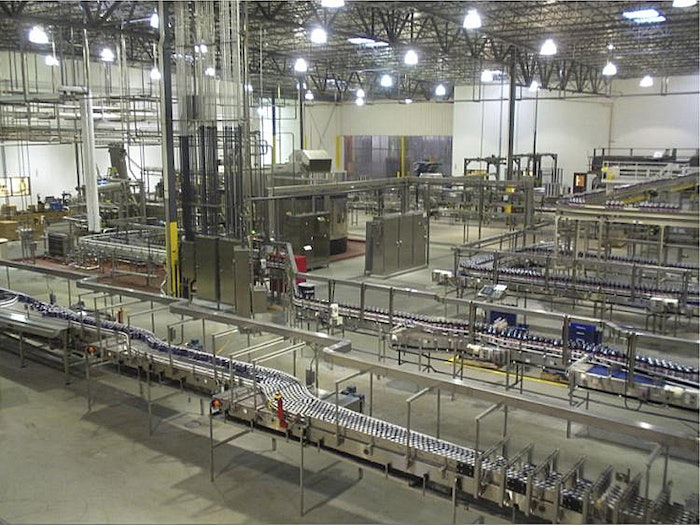 Chris Bacon, production manager with Raleigh, Pepsi Bottling Ventures in Nampa, Idaho, achieved dramatic results by applying overall equipment effectiveness (OEE) improvements across both legacy and new equipment using a combination of Lean & Six Sigma principles. He shared some of the secrets of his success in a packaging session of the The Automation Conference.

The packaging track session, "Combining Lean/Six Sigma with Automation for OEE improvements," showed how universal quality and management tools can be made to serve specific needs. On its face, OEE provides an aggregate index of availability, performance rates and quality to provide uptime and productivity comparisons. Six Sigma uses statistical tools to eliminate the causes of defects and variability. And Lean Manufacturing has come to be known as something of a superset of management tools and processes by which companies root-out waste in all its forms.

In one example, trending and analysis, the plant identified and addressed erratic filler tank pressures involving a CO2 valve that was opening too late and causing extreme over-pressures.  In another, changeovers were reduced from 65 minutes in 2008 to 25 minutes in 2009, opening 126 minutes a day "to reduce reliance on co-packers and add plant capacity."

Another example of the plant's success is a rise in OEE scores from 62 percent in 2008 to 83 percent in 2012, thanks in large part to a downtime tracking system and the intelligent acquisition of automation systems. One aspect of downtime tracking entailed operators assigning specific "reason" codes to off-spec events. It's particularly telling that in designing the error tracking system, Bacon didn't include include "human error" as a reason code. Why? Because Bacon wanted to eliminate the "Big Brother effect" and instill "a collaborative culture across all departments, and not just brand personnel as root causes. As a manger, human error is not a reason code. Rather it is a developmental opportunity to improve that person's business impact."

Bacon provided a wealth of details that overall showed Pepsi Bottling Ventures' strategy, and benefits that include a return-on-investment payback on automation expenditures in less than a year.

Ongoing improvement processes have improved operations and "helped to support our business growth," Bacon says. "We've reduced waste across all aspects of our process stream. We've opened up more time for increase production, improved performance and just as importantly opened-up more time for our personnel to support all aspects of the business beyond the normal plant outline."
These efforts transcend the plant's operations; Pepsi Bottling Ventures, with headquarters in Raleigh, N.C., is is the nation’s largest privately-held manufacturer, seller, and distributor of Pepsi-Cola beverages.
Bacon acknowledged a collaborative relationship with Apex Manufacturing Solutions, Boise, Idaho, for helping design OEE and Six Sigma programs were "to support our specific business needs.