When a major printed circuit board (PCB) manufacturer asked Circuit Automation to redesign a machine for its Chinese operations, Omron technology helped meet production requirements, while Omron global support satisfied the customer on the frontline.

Recently, when a global conglomerate with PCB manufacturing facilities in China made a strategic decision to go after new business in the smartphone sector, they turned to Circuit Automation. “The PCB manufacturer’s existing process was not providing satisfactory results, so they decided to look into our process, a double-sided fabrication photo mask for printed circuit boards,” says Yuki Kojima, vice president, operations, at Circuit Automation. “We eventually delivered a machine whose original design was done maybe a decade ago, but with redesigned control systems to meet the more demanding requirements of this customer.”

According to Kojima, the machine employed about 12 axes of servo; in the original design, the sheer volume of wiring, particularly for the safety functions, was problematic. “I decided to use the Omron CJ-Series PLC with a MECHATROLINK-II position controller card and put Omron G5 servo drives on that system bus,” he says. “For I/O we use the DeviceNet bus system, and added the Omron NE1A safety PLC on that bus.”

Since the Omron servos have built-in safety circuits, the machine panels were significantly reduced in terms of the number of components they contained. All the safety relays were no longer needed. “Using the MECHATROLINK-II solution the wiring from the drive to the controller was significantly reduced, as was the wiring from the safety PLC,” notes Rob Sepa, account manager at Omron Industrial Automation. “Circuit Automation shipped the redesigned machine using the original design panels, and only used about 40 percent of the real estate inside them.”

At the customer’s request, the machine was shipped to China before it was complete; Circuit Automation was scheduled to install and customize on site. “Because everything was new in this design, there were some functions and mechanisms that were new to us as well,” says Kojima. “During the install, we had problems with some items due to our lack of experience with the new technology; I was stuck with the machine down and didn’t know what to do.”

So Kojima contacted Omron Industrial Automation. “It was really good that I picked a global company like Omron,” he says. “If this had been some company where I couldn’t get service in China, I would have been in real trouble.”

Kojima continues, “It was remarkable—this guy showed up with an Omron tag on his shirt. He saved the company. I hadn’t bought these items from Omron Shanghai, but since the product is Omron, they stood behind it and helped resolve the problem. Even in a remote place in China, I could get the service I needed.”

Up and running since summer of 2011, the new machine has been very well received by Circuit Automation’s customer. “The client is very happy,” says Kojima. “First, they are able to make products they couldn’t before, which is helping them reach the smartphone market. Second, they are very safety conscious, and highly pleased that we used a ‘smart safety system’ on the machine.”

The installation was so successful that the customer ordered a smaller, semi-automatic version of the same machine to use for testing and R&D projects. That machine has already shipped. A third machine, the same as the first but with Ethernet capability, is being programmed for the customer right now.

Better from the Get-Go

Sepa says that when the initial bids were taken on the new design, Circuit Automation’s customer specifically requested that component suppliers be one of three specified global automation providers, which included Omron Industrial Automation. From the beginning of the process, Omron’s commitment to customer service and support was a distinguishing factor.

“Apparently the other companies contacted just dropped off their catalogs and never even followed up with a phone call. The Omron distributor sales representatives, Tom Trinh and Mathew Garcia from Valin Corporation, went into the company, made drawings to show how the solution layout might look, and provided extensive detail,” says Sepa. “Cal Coker, the regional Omron Motion Solution Engineer, was equally instrumental in providing expertise in the programming, training and trouble shooting for the customer.”

Sepa adds that the project’s success is a result of excellent collaboration between Circuit Automation, Valin and Omron.

Kojima also had some familiarity with Omron products, and a good opinion of how they performed in demanding environments. “I’ve always known that Omron makes very reliable equipment,” he says. “The components we use go into very harsh environments. For example, I’ve seen a DeviceNet module, principally plastic, that was almost melted because of the heat it endured. You couldn’t read anything on the outside; but, you could still see when the I/O and LED came on and off, so the thing was still functioning after 15 years! That shows Omron products are extremely reliable.”

This reliability is key, he concludes, at both product and personnel levels. “Omron was there for us throughout this process,” he says. “From pre-sale to post-sale to onsite installation of the equipment, Omron has been consistent with its support at every point of its organization. For a company like ours where a remote global customer can be key to success, that is very valuable.” 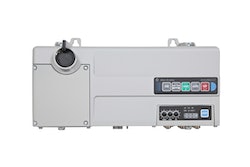 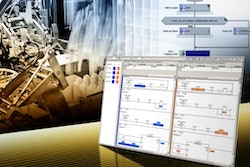 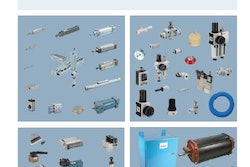