Networks on the rise, packagers say

Nearly half of survey respondents have few or no networked packaging lines. Yet more than half anticipate specifying them in the next two years, say packagers in an exclusive PW survey.

Packaging plants across the country are likely to undergo a significant transformation over the next two years, if a recent Packaging World survey is any indication. They’ll move from being loosely connected islands of automation toward becoming fully networked systems. The most important benefits of networking packaging lines will be automatic data acquisition, faster changeover and faster engineering/installation, according to survey respondents.

The survey of more than 60 respondents was conducted at PW’s booth at WestPack ’99 and Pack Expo Las Vegas ’99 last fall. While it’s not a scientific sample of this publication’s readership, the survey does give an interesting indication of the interest that many packagers show in the subject. It also corroborates what some packagers have been telling PW editors during the last year.

Nearly half of respondents said they had few or no packaging line networks. Indeed, not a single respondent from small companies (those with fewer than 100 employees) had networked lines. “Networked” is defined as having PLC or PC controllers on more than half of the machines that constitute a given packaging line connected together via a control network.

This isn’t terribly surprising, even though many plants are now benefitting from networked processing lines. Processing lines, after all, are more conducive to networking, because they’re typically installed by one vendor. Packaging lines, by definition, usually consist of machines from several different vendors, often with different and sometimes incompatible controls on them.

What’s interesting is that 64% of respondents said they had plans to increase the number of packaging line networks in the next two years. To the extent that this number can be extrapolated to U.S. manufacturing as a whole, this response signals a sea change in the way packagers view packaging line networks. Potentially, such a change could usher in a new level of sophistication in packaging line construction and operation.

Of those who intended to increase the number of networks, responses were evenly split between retrofitting existing lines with such networks and specifying networks on new lines to be installed.

The next most important benefit was faster changeover, likely aided by the ability to download instructions to several machines on the line from a centralized operator interface. The third-most frequently mentioned benefit was simplified line engineering, installation and wiring. For respondents who planned on adding packaging line networks, a similar lineup of benefits was mentioned as reasons for implementing such networks.

Asked to cite the biggest obstacles to implementing packaging line networks, the number one answer was “can’t convince management to spend the money,” which might not be a surprise to many. Obstacles number two and three were lack of in-house engineering expertise and concerns over whether operators can adjust to the technology.

Finally, an overwhelming majority of respondents (92%) agreed that packaging machinery builders and controls suppliers should work together to create a packaging machinery networking standard. However, it appears there already is a defacto networking standard in packaging. Nearly half of respondents are standardizing on Ethernet as their packaging line network protocol. The next two runners-up garnered only a 7% response each.

One open-ended question on the survey asked respondents to cite difficulties in making educated engineering decisions about specifying packaging machinery controls. Some of the difficulties included a lack of the necessary knowledge to make such decisions; cost and training burdens; an overabundance of controls choices; and difficulties upgrading older machines.

A few respondents said that OEMs bear some of the responsibility. “Most vendors of equipment are not on the same page” when it comes to networking, said one. Agreed another: “Not enough OEMs know enough to offer options. Unless I push for a network option, they do not offer one.” 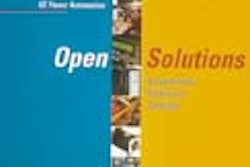 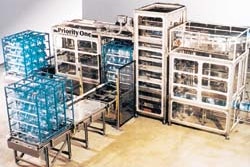 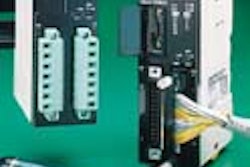