In Oct. 19, at a meeting without precedent in the packaging field, head engineers from Anheuser-Busch, General Mills, Nabisco, Hershey Foods and Procter & Gamble spent three-and-a-half hours articulating their packaging controls needs. In the audience: a capacity crowd of more than 100 people from 19 packaging machinery builders and 28 controls suppliers-many of them managers or directors of engineering, marketing and operations, plus several company presidents.

The message was loud and clear: Consumer products manufacturers are straining their engineering resources trying to support and maintain multiple versions of controls technologies. A movement toward a controls standard in packaging-specifically for motion control-is desperately needed.

And the only way to reach such an elusive goal, everyone agreed, was to get everyone in a room together-end-users, machinery builders and controls suppliers-and put their cards face up on the table. By all accounts, this first meeting not only achieved that goal but was successful on a scale beyond anyone's expections.

This exclusive Packaging World report covers in detail what was discussed.

The focus was on motion control because motion controllers are typically more expensive, sophisticated and complicated to program than standard PLC or PC controllers that handle general machine logic. Plus, unlike PCs and PLCs, there are currently no standards for motion control hardware or software. Motion control is crucial because many of the advanced features on current machinery are enabled by motion controls. In the words of Keith Campbell, director, automation & integration for Hershey Foods, "The real heart and soul of packaging machinery is going to be motion control."

Emerging from the meeting at Pack Expo Las Vegas was a detailed picture of what these leading packagers seek from tomorrow's packaging machinery.

The ideal packaging machine, said the engineers, would be designed from the ground up with state-of-the-art motion control in mind.

Hershey's Keith Campbell referred to this as the "third wave" of packaging machine design. "When machines are designed from the ground up, they'll be able to perform new package executions, [and they'll be] smaller, lighter, cheaper and more flexible."

These packagers also seek machinery with a single controller that would handle motion, logic and possibly other functions such as human-machine interface. Much of today's machinery relies on separate controllers for these functions.

"We don't need multiple controllers on the machine," Hershey's Campbell said. "A lot of times, the logic control is a secondary function [and can be incorporated as a] subset of motion [in a] hybrid controller."

For P&G's Robert Aleksa, corporate controls section head, a single controller represents an opportunity to integrate logic with motion into a single programming environment. "We don't want to be forced to [program] motion in a [PLC] logic [programming] environment and logic in a motion environment. [Mixing] logic and motion easily in the same environment is one of our key needs."

"Standardized networking . . . leads to interoperability between vendors' [equipment and components]," Campbell said. "Language would be a close second, but I would go for the networking."

For General Mills, both are key. "From a language perspective, it takes a lot of training and support [to learn multiple languages]," said Kelley. "And we're very interested in networks because we'd like to get information into and out of our machines. We'd like to standardize as much as possible [on how to accomplish this]."

Give us all of the above, said the panelists, and the resulting breed of machines would permit higher speeds, faster time to market, lower capital costs, greater efficiencies and faster changeover.

Standards would also lead to create a critical mass of engineers that understand the standardized technology, both at the end-user level as well as at the machinery builder level. That's according to Nabisco's Don Boyle, senior director, process control systems.

In fact, "If the technology gets so bulletproof, maybe we won't need to become so trained on it," he said. "The fantasy is that it would be plug-and-play."

OEMs would also benefit from standardization, argued Campbell. Machinery builders can "enlarge [their] pond versus guarding [their] existing shoreline," he suggested, resulting in the sale of more equipment and a more rapid payback on their investments in new technology, Campbell predicted.

For controls suppliers, Campbell said, "Packaging represents a huge potential market. Motion is a high-value area," he said. "The trend for users is to convert old machines by upgrading the controls. And many end-users also buy new machines based on new features, often enabled by motion controls."

All of the foregoing represents the hope. The current reality, according to the panelists, is more challenging. Limited technical resources at the end-user level leads the list of complaints. "Having to support a number of different servo-based motion controllers drains our resources," General Mills' Kelley said.

"The best motion control expert is not a PLC programmer that has been retrained," Nabisco's Boyle said, adding that because motion control is so specialized, it calls for a different skill set than mechanical engineering or PLC programming. "We need people who understand both sides, and we need them dramatically."

Another problem, said the panelists, is the rising costs of support, retraining and downtime due to frequent upgrades necessitated by rapidly evolving technology. Such change requires ongoing technology evaluation and coordination, reintegration and testing, revalidation, and revision and document management.

"If each component [on a packaging machine] changes [needs an upgrade] two times a year, we could be testing that machine eight times a year. We can't afford to do that," P&G's Aleksa said.

Faced with a lack of standards, Aleksa emphasized to OEMs that this is why end-users need the flexibility of choice of control system with "minimal upcharge." Aleksa also seeks modular designs that are flexible enough to be changed by end-users, OEMs or controls vendors.

Packaging OEMs suffered their share of constructive criticism at the meeting.

General Mills' Kelley said, "We feel packaging OEMs to date have been very heavily mechanically oriented. [They] need a definite upgrade in [controls and software engineering] skills." This upgrade isn't just for OEMs, Kelley pointed out. "We plan on doing the same," he said. This sentiment was echoed by virtually all of the panelists.

P&G's Aleksa and Nabisco's Boyle both pointed out that controls are sometimes selected for the OEM's internal engineering efficiencies rather than the customer's.

Finally, some of the panelists felt that many OEMs lacked a motion control networking strategy. This can often be seen by a lack of standardized components and protocols on equipment even within the same OEM, "especially if some machines are coming from overseas and others are from the U.S.," said Anheuser-Busch's Ray Zimmerman, director, corporate engineering.

The panelists also took some responsibility for today's predicament. "Customers need to be more open to alternative solutions that conform to industry standards," Campbell admitted. In other words, he said, customers shouldn't require an "open" solution while also insisting that it be compatible with the PLC vendor that they're using.

The next step is to continue the dialogue with more meetings like the one in Las Vegas, the panelists agreed. Several indicated they would attend the next general OMAC Users Group meeting in Orlando, FL on Feb. 2, 2000. (See OMAC's Web site, listed at the end of this article, for details.) At that meeting, it's widely expected that an official working group for packaging will be formed.

Education is also important. "We're working with a couple of colleges on curriculum, but I think there needs to be an OMAC- or PMMI-coordinated effort to work with colleges," Hershey's Campbell said.

For their part, the 19 OEMs at the meeting were mostly silent throughout. The notable exception was Rick Lidington, executive vice president of R.A. Jones, who supported a motion control standard.

By the end of the meeting, there was no question, however, about what the end-user panelists wanted. Perhaps the one statement that came closest to capturing the zeitgeist of the October meeting came from Nabisco's Boyle.

"As long as a solution meets [our] requirements, we have no desire to be automation leaders. I'll leave that to the automation [vendors]. What really counts at the plant level is how close can we come to putting [something] in and forgetting about it. When we talk about standards, that certainly is a key thing we have to keep in mind." 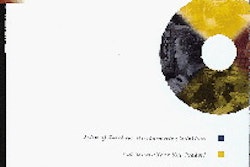 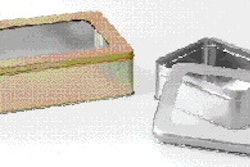 U S CAN: Windowed tin