David Mylrea will continue the legacy of Founder William Hoagland, who passed away December 30, 2016.

Prior to becoming the CEO, Mylrea was Executive Vice President, Secretary and General Counsel of the company. In addition to his duties with Engage Technologies, Mylrea was a Capital Partner with the national law firm Hinshaw & Culbertson LLP, a firm of 600 lawyers in 30 cities across the U.S., as well as in London.

Mylrea holds a Bachelor of Arts degree in political science and education, and a Juris Doctor from William Mitchell College of Law.

New in 2018 – The PACKage Printing Pavilion 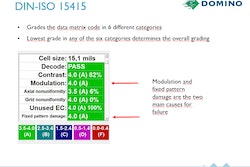 Exploring the hidden challenges of serialization