A general lack of clear return-on-investment models and data on real-world results have slowed adoption of RFID technology, particularly in open-loop supply chain environments. ROI estimates are critical to RFID purchasing decisions, yet in a recently released survey of 185 organizations conducted in mid-2008 by ABI Research (www.abiresearch.com), lack of adequate ROI data was the third-highest ranked reason for non-deployment.

“In times of economic slowdown, a quick positive return on investment is especially important to potential RFID users,” says RFID practice director Michael Liard. “We asked the respondents to our survey about their hopes and expectations for ROI on their RFID investments. While a substantial majority saw 12-24 months as a reasonable expectation, more than one third anticipated a return within the first year.”

These responses included all flavors of RFID deployment: closed- and open-loop across a variety of applications, and at various stages of trials, rollouts, and fully deployed systems.

One of the great problems in formulating useful ROI models and setting goals has been the reluctance of many end-users to share what they have learned. “It’s tough,” says Liard, “and has been holding parts of the industry back.  But a company that's getting great results with RFID is often understandably wary of letting competitors know how much more competitive it is making them. However, if we want this market to move forward in a recession, we need to start talking about these things as proactively as we can.”

Some RFID projects are still moving forward; others have been delayed or put on hold by the recession, according to Liard: “The good thing is that we’re not hearing much about cancellations. That’s a positive sign.” 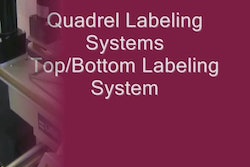 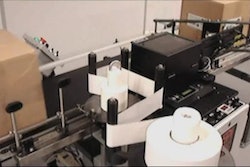