The sweet spot can be found in certain applications, according to this Webinar held April 5 that cited two RFID implementations. 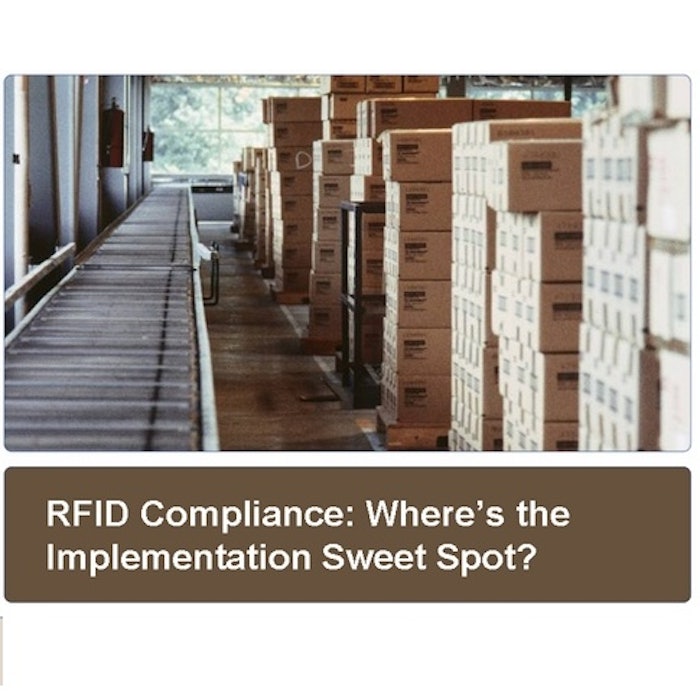 As our own survey and report noted in December 2006 (see RFID reluctance remains), packagers remain largely skeptical of RFID due to its cost and overall value. Yet there remain opportunities amidst the challenges, which was the focus of a Webinar entitled RFID Compliance: Where's the implementation sweet spot? conducted in early April by Intermec Technologies Corp. (www.intermec.com).

The Webinar cited two RFID applications, one a frozen foods implementation and the other for trayed product. For the former, the company implemented RFID to get a read of product movement into and out of its freezers. A value-added aspect was that the Intermec RFID reader filtered the data so that only the necessary data was relayed to the management software rather than a heavy stream of raw data.

In a follow-up question later, a savvy attendee asked how the company knew whether the product movement was into or out of the freezer. The response was that two readers could be used, and by knowing which read first, the direction could be determined. Another option mentioned was that a motion detector could work in conjunction with an "intelligent" RFID reader.

In the trayed product application, the end user waited for Gen 2 technology to become available before implementation. It applies tags to trays of its products at the end of the production line. The tags remain with the tray through the life of the tray. This permits the company to track the products within the trays as well as the trays themselves. The goals for the project, currently in pilot stage, center on increased product visibility and reduction in tray loss.

For those interested in the details of an RFID implementation where value is being found, see Daisy Brand grows with RFID , published in the March 2007 issue of Packaging World.