Publix, others learn from RFID visibility pilot for produce

Movement glitches and other challenges are part of an ongoing University of Florida RFID pilot to track fresh produce in the supply chain. Temperature monitoring is next.

Among other research and development projects, JP brought us up to speed on Visibility Validated (V2), a collaborative effort between the CFDR and several participating companies.

These included Publix Supermarkets, Lakeland, FL, which operates 850 supermarkets in the Southeast U.S. and eight seven distribution centers in FL and one in GA, and packagers Del Monte Fresh, Duda, and Tanimura & Antle. Other companies involved were technology providers Franwell, Alien Technology, GlobeRanger, Symbol Technologies, veriSign, and others.

JP says that V2 involves monitoring of RFID-tagged cases on production lines, and some monitoring in the supply chain. No matter the incoming source, all have challenges to ensure that the container can be read when it arrives at Publix and provide real time information about the status of the shipment, he adds.

"We post the event on the PC 'dashboard'—a graphics interface from Franwell—so everyone can see when a product is tagged related to a purchase order from retailer," JP continues. "In this case, the retailer is Publix."

"What is interesting is the kind of problems we can encounter within the system and supply chain," says JP. "We have seen that sometimes you read a tag where you don't want to read it. For example, someone at a warehouse can carry an RFID-tagged box near a reader-antenna and it is recorded as a movement that messes up the data."

Phase 2, which involves more retailers and suppliers, starts this month, though the participants were not finalized by mid-November. Phase 2 be conducted at the store level and include temperature tracking with RFID.

"If you can provide me the temperature history during transit for those products, we can predict the remaining shelf life and, for example, decide what to do when the product reaches the distribution center," says JP. "We can show people how a product should look like at a DC—using our picture database of products—and if it doesn't look like that, then it is a problem."

JP says that packaging plays a big role in the project, and the model varies depending on the type of package and the packing density of the product inside.

"A corrugated box behaves differently than an RPC with vents," says JP. "We have two graduate students working on this and have just added a third."

For further information, Dr. Jean-Pierre Emond can be reached at the University of Florida, Gainesville, by phone at 352/392-1864 ext 229, or by e-mail jpemond@ufl.edu. 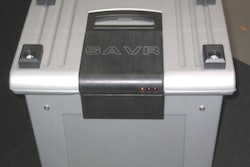 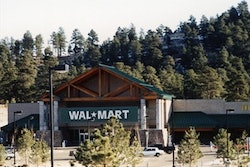 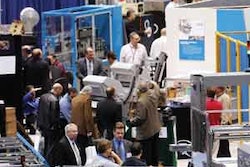