Smart Package: Coyopa, a rum with a view

This month, the Smart Packaging experts at IDTechEx track down a legendary interactive bottle whose display label ‘dances.’

Speech and sound on packaging is getting more commonplace, and in the March 2005 issue of IDTechEx’s Smart Packaging Journal, mention was made of the sound and label illumination effects on the glass bottle containing the 10-year old Barbadian rum Coyopa. Having finally tracked a bottle down, we can now report in detail on this rare example of real packaging innovation in the spirits sector.

Creativity is not age-dependent, and this particular innovation owes its genesis to 83-year-old liquor legend Sidney Frank. The Chairman of Sidney Frank Importing Co., Inc. of New Rochelle, NY, Frank is the man responsible for bringing Jägermeister Liqueur, Grey Goose Vodka, and Gekkeikan Sake to the United States. The story goes that it was his first tasting of this dynamic, charismatic rum from Barbados that inspired him to create a “dancing bottle” that would capture the imagination and appeal to the senses of sight and hearing as well as taste.

He wanted a package that had as much character as the rum itself, a package that would revolutionize the shelves of liquor stores, bars, and restaurants. He wanted nothing less than a whole new category, the first “rum for all your senses.”

Adding to the provenance and brand appeal was the name Coyopa, the Mayan God of Thunder, and the name given to the bright flash of sheet lightning in a number of Mayan languages. The Mayans also believed that they possessed a kind of soul or spirit in their blood that took the form of sheet lightning. The experience of a tingling or twitching of the muscles was thought to be the movement of the sheet lightning or coyopa, in the blood—probably not unlike the effects of overdoing the sipping of this wonderful 40 percent proof rum.

Coyopa is made in small batches in the up-to-date R.L. Seale Distillery in Christ Church, Barbados, which has been making rum since 1926.

Five generations of Seales have been a part of the company’s rum-making tradition, including the current owner Sir David Seale, Chairman of RL Seale. The first 100ꯠ Coyopa bottles are hand-numbered and initialed by Sir David Seale. On the bottom of the front label, it says “Product of St. Michael, Barbados.”

Electronic smart packaging using conventional silicon device circuitry with LED or EL illumination and sound chip technology, all driven by button cell battery power on packaging, is not new. But even using inexpensive Chinese-built electronics is still going to add a dollar or two to the cost of a package, depending on complexity. This puts it out of bounds for all but high-value products.

For Coyopa, the electronics are contained in the base of the 750-mL bottle in a slim black waterproof plastic case barely 5/16 inches thick. This contains the EL inverter (delivering 80/100V AC power to the electroluminescent label), sequencer, sound chip and associated electronics powered by 3V lithium button cells. From one side of the enclosure, thick-film printed circuitry leads up the paper-thin composite label consisting of four EL backlit picture quadrants showing Caribbean dancers in action. A small activation switch (covered with a white plastic clip in the figure to prevent inadvertent activation) ensures that each time the bottle is lifted the song and illuminated label dance routine will play once for fifteen seconds, and then shut off automatically. It is stated that the advanced battery will last at least 500 plays.

In action, the EL light illuminates the four quadrant pictures of dancers in sequence, giving the illusion that the dancers are moving. The sound chip plays a clip of specially composed steel drum music in time with the dancing.

According to Frank, it took years to develop this bottle. A key player in this development was Joe Dibiasi, an electrical engineer with a degree from Hofstra University, who worked on the project from September 2000 until well into 2001.

The Verdict: Extremely close, but no cigar

What we have here is a very brave attempt using smart packaging, to inject some excitement and brand-building storytelling into the spirits and liquor segment of the market, which is currently pretty stagnant and lacking in real packaging innovation.

Unveiled to a select audience at the 2002 Wine & Spirits Wholesalers of America convention in San Diego, Coyopa was received with extreme enthusiasm. The first bottles reached the U.S. in late 2002, and the introduction was supported by a $2 million consumer and trade advertising campaign with ads appearing in such publications as The Wall Street Journal, Maxim, FHM, Esquire, GQ, Details, Cosmopolitan, Gourmet, Wine Spectator, Cigar Aficionado, Yachting, Vanity Fair, Forbes, and Market Watch. As Frank states, “I’ve had engineers working on this bottle for years, and after all we’ve put into the creation of this bottle, and it is, quite literally, a million dollar bottle.”

This makes it quite a bargain, relatively speaking, at the typical U.S. retail price of around $50 a bottle.

That the technology generates significant interest and abundant gasps of “wow” in anyone who experiences the effects is not in dispute. What is not so good is the reliability of the electronics. The label on my bottle (of Barbados origin) does not always light, and when it does it dims after a couple of plays. A colleague in the United Kingdom who obtained a bottle from the U.S. via the Internet had sound only, but no illumination of the label. Maybe these samples are a little old and are suffering from low battery power. Unfortunately, the base is a sealed unit and it does not appear that the batteries can be replaced.

But, if you’re a spirits drinker, the product from the bottle is delicious, so my advice is to try and track down a bottle today. The worse that can happen is that the label doesn’t function and you’re left to drink the bottle contents. Or you might strike it lucky and get an all-singing and dancing bottle version of Coyopa to impress your friends, neighbours, and boss. 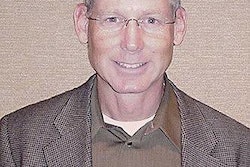 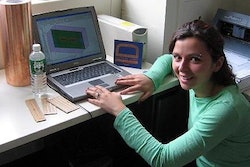 An inside view of RFID R&D at MIT 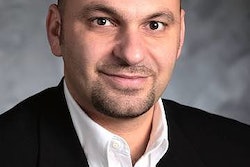 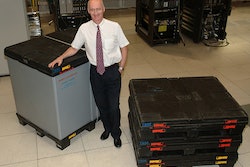