Looking over our shoulders

Sometimes, filtering is easy—not necessarily quick—by deleting the ever-increasing amount of Spam that finds its way into my e-mail each day. Of course, the temptation, especially after being away from e-mail for a few days, is simply to “delete all” and start from scratch, thinking that any “real” e-mail will be re-sent if I don’t respond.

But we know that only occasionally does that work. So we go through the laborious and time-consuming steps of previewing each e-mail before we decide whether or not to delete each message individually. One day, when we take a closer look at personal productivity, we’ll explore the equation of whether e-mail communications enhances or minimizes personal productivity.

From a wide-ranging body of communications recently, I’ve noticed one other disturbing trend—the death of security. Oh, there are all sorts of security issues today that we must deal with, both personally and professionally, from safeguarding our personal data from identity theft to protecting our package graphics from business theft.

And let’s not forget the amount of money our companies spend to protect our products and packages from tampering. As horrific as September 11, 2001, was in debunking the myth of personal security, remember that our packaging took a similar hit in the Tylenol tragedy of 1982. We—the overall packaging community—have accomplished a great deal to improve security in our packaging since then, and there’s little doubt the improvements will continue.

Another security issue that we regularly deal with is that of counterfeit products and packaging. Like the creation of anti-tampering devices, our researchers and inventors have devoted huge amounts of effort and company investments to make our products and packages increasingly difficult to duplicate. But we still have far to go. I’d like to say that I’m confident that radio-frequency identification will be a strong contender. However, I’m cynical enough to believe that ingenious criminals will find ways to thwart even this technology. Whether it’s RFID or other sophisticated techniques, product and package security will still be suspect.

One of the more unheralded but to me significant events in the entire timeline of decreasing security was that Kansas City pharmacist who literally contributed to the misery and deaths of people by criminally cutting medication doses to critically ill patients for his own greed. But let’s face it: there are probably criminals in virtually every profession. In that case, my indignation goes to that pharmacist’s abuse of public trust and his willingness to see his patients suffer and, for some, die horrible deaths just to provide him with more money.

However, if all these are security issues we’ve grown to understand and deal with, another one surfaced recently that hasn’t received a lot of attention, except in a very general way. I was talking to an engineer who was part of his company’s project team to develop packaging more resistant to counterfeiting. Although that effort was too early to be reported about, the conversation drifted into a personal vein. That’s when I learned that his major concern was his company’s future, or more specifically his future in the company, whether he was likely to be caught up in the next round of layoffs.

I wish I could say that this was the first time that job security had come up in an interview with a reader, but it wasn’t. And it wasn’t as if the engineer is employed by Oldsmobile, the departing car marque at General Motors. He is with a profitable division of a sizable technology company. Because the company had other divisions that weren’t showing profits, there was significant management pressure to cut costs and that was likely to mean “headcount.”

In his mind, his job security was threatened, and he was taking several steps to prepare for a layoff. Maybe he was just being overly sensitive and his risk isn’t great. Or perhaps he was being prescient by preparing himself and his family. Regardless, it’s another death of security apparently in someone who shouldn’t need that worry. 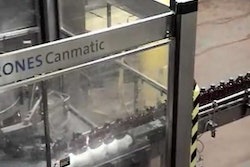 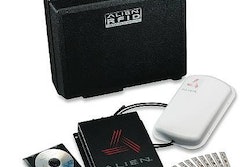 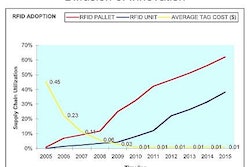