In this exclusive interview, RFID expert John Greaves of Deloitte Consulting separates RFID myth from reality, while calling on packagers to “seize the moment.”

As global firm director for radio-frequency identification, John Greaves is among the industry’s leading experts and leads Deloitte Consulting’s activities on the RFID front. Greaves visited recently with Packaging World editors Patrick Reynolds and Rick Lingle. We highlight (below) a few of the exchanges during our discussion; the complete article appears in the October issue of Packaging Worldand is available at www.packworld.com.

PW: Can you compare the bar code with RFID?

Greaves: The problem is that the bar code is yesterday’s news, it’s undynamic. Once printed, a bar code remains in that state forever. Another difference is that radio-frequency anything is subject to regulation--nothing that has ever been used in the supply chain before has had regulation built around it of the scope of RFID. You have to recall that the bar code was a pretty complex undertaking, too. If you changed a historical article from bar code to RFID, you can see a similar genesis. The only difference is that the bar code was already eight years old before Wal-Mart adopted it, and there was single-digit adoption in terms of percentage across the market. This time it’s the other way around.

PW: What does that mean for packagers?

Greaves: It is essential for packaging manufacturers to come to market very rapidly with RFID-enabled packaging solutions. The first into production with minimal pricing impact as a result of innovation and adoption, flexible approach, and clear understanding will have competitive advantage on an enormous scale.

PW: As companies roll out with RFID, should they separate RFID-enabled packages in their warehouses?

Greaves: There’s no point in segregating nontagged and tagged inventory. It’s just another challenge in the supply chain for them. The best approach is to look for an all-tagged value model that at least covers costs, if not an actual cost reduction, across the entire packaged enterprise.

Greaves: The challenge in the United States is that we have tended towards a corporate culture where initiatives are not permitted, and a business environment where corporate risk is discouraged. It’s only been recently that we’ve seen undue focus on quarterly returns and profits. When no one does a one-year-outlook anymore, how can you justify an investment in something like RFID, when the payback isn’t likely to come for many months? 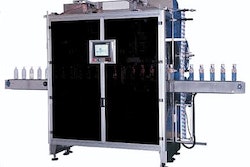 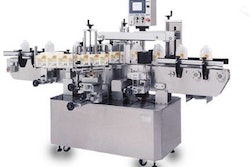 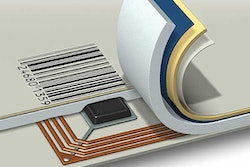 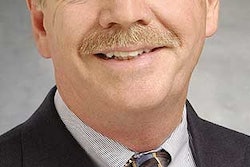