Join us as we look back at the most-read Packaging World stories of 2022. At #8, see how digital’s share of the printed label and packaging market has made impressive gains—especially in direct-to-shape.

One example of the vivid printing Hart is able to produce is shown here.

“In for a penny, in for a pound”—it’s an old saying being put to the test by Canadian can printer Solucan. In 2019 the firm was the first to fully capitalize on an innovative direct-to-shape Cyclone digital can printing technology from Tonejet for 12-oz aluminum cans. Just two years later, the firm ordered up a second complete can handling and printing line, but this time with a Cyclone C4+ that deploys a longer variant of Tonejet’s printhead to permit the printing of 16-oz cans. The C4+ also has an upgraded user interface, simplified ink refills, and active adaptable can handling to permit rapid changeover between variations in can sizes.

“The idea was to start with a line capable of printing 12-oz cans and then replace it once Tonejet had developed a printhead capable of doing 16-oz cans,” says Baril. “We figured we’d print as many as 500,000 12-oz cans while we waited for the longer printhead to be available. But demand for the 12-oz cans is so keen that we wound up printing more than six million cans with the original system. It soon became clear that we needed to add a second line rather than swapping out one printer for another.”

Continue to the full article here: Digital Continues to Transform Printing and Finishing 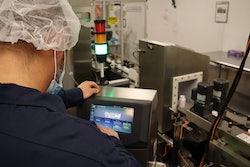 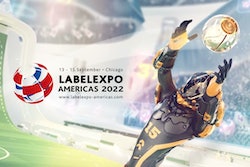