This Wisconsin producer of both in-mold and pressure-sensitive labels upped its game in 2020 with systems that have enabled the firm to get into the flexible films market.

Founded as a digital-press-only producer of pressure-sensitive as well as in-mold labels, InkWorks Printing opened its doors 12 years ago with the installation of a narrow-web HP Indigo 4500 digital press. Later the firm graduated to an HP 6900 digital press, which has a 13-in. web width, and later still a second 6900 was added. 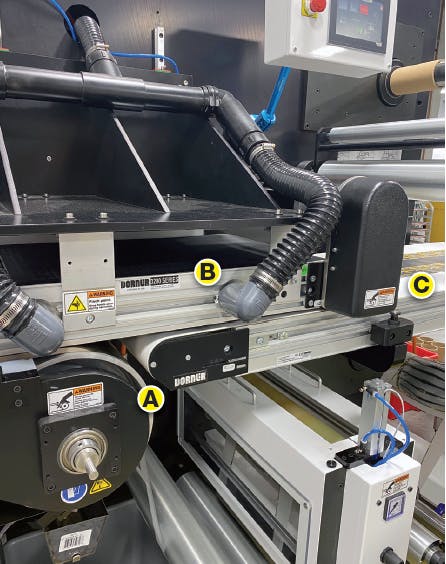 As capacity requirements continued to grow, some thought was given to a third 6900. But instead the Plymouth, Wis., converter opted to go wide web with an HP Indigo 25K digital press, which offers a 30-in. web width. Based on the well-established HP Indigo 20000 system for digital printing of roll-fed flexibles, the new 25K is designed to deliver a 25% increase in short-run productivity and less waste through improvements in color automation, sustainability, and workflow automation. The new press has been running at InkWorks since December of 2020.

To complement the new press, InkWorks also installed a Combi Pack Ready Laminator from Karlville, which offers both thermal and solventless lamination. “We had been running solventless lamination on a narrow-web machine,” says President Bob Travis. “But it was not very sophisticated, and in fact it was kind of a home-grown solution. Plus it was for 13-in. wide web, and with the 30-in. 25 K we needed a 30-in. wide laminator. (See sidebar below for more on the Karlville laminator.) 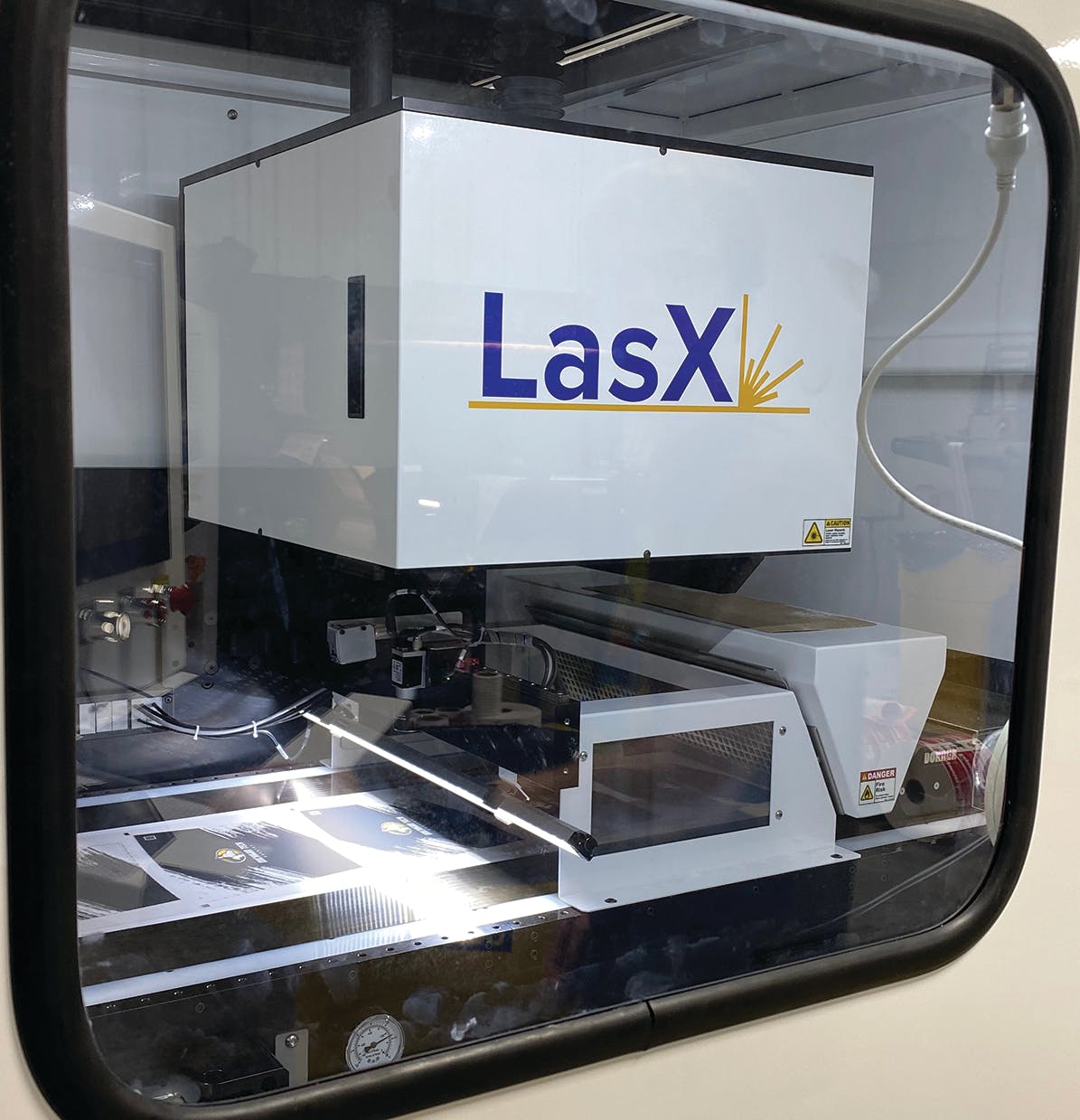 Immediately upstream is the LasX system.“Among other things,” Travis continues, “these new capabilities allowed us to get into the flexible packaging market. Not to mention letting us offload some of the larger labels that previously we could only run one across on the 6900s. Now we can run those in multiples across the web. So it really came down to a decision to eliminate some of the bottlenecks we had in our operations.”

Travis says that when laminating thin films, a thermal process involving heat can too easily make the material curl. “The thermal laminating we do tends to be for pouch materials,” he points out. “In-mold labels are done via solventless technology, usually at speeds in the range of 600 feet per minute. Thermal lamination is more like 150 ft/min.”

Bold as it was, the leap to a new press and laminating system was just the beginning. It coincided with the installation of a second LasX digital laser cutting system. Travis says his experience with InkWorks’ first LasX machine was an eye-opener. “Once we no longer had to rely on conventional die-cutting tooling and could set up jobs digitally, we had the ability to cut any size or shape and go from one to another in rapid succession. When you put that capability in front of designers and brand owners who suddenly realize they no longer have to stick to the same size or shape of a label or package, it just opens up a lot of really interesting possibilities.”

InkWorks can use either of its 15-in.-wide LasX systems for either roll-to-roll or roll-to-sheet operations. The roll-to-sheet capability comes in mighty handy with two types of labels produced by InkWorks. One is where the customer’s volume requirements are relatively low. “Some of the smaller food manufacturers, or maybe a craft brewer, find it easier to pull pressure-sensitive labels from a sheet and manually apply them to containers than to bother with a roll of labels,” says Travis. “We make labels for pouches, for example, where the customer needs 1,000 of one label, 10,000 of another and 5,000 of a third. Customers find the sheet format easier to handle.”

When these sheets of pressure-sensitive labels are in production, the laser kiss-cuts the labels on the release liner and then it cuts a deeper cut to separate individual sheets from the roll. Number of labels per sheet depends entirely on the customer’s requirements.

The other application where roll-to-sheet is in demand is where in-mold labels are concerned because it makes it possible to cut and stack individual labels that customers can conveniently load into the magazine feed of their injection-molding machines. Such labels are typically a two-layer lamination of 0.5-mil and 2.6-mil polypropylene (PP). The digitally printed 2.6-mil substrate fuses with the bottle sidewall in the mold, and the clear .5-mil layer traps the inks so they can’t be scratched off.

Read about the latest digital press installed by Tetra Pak.

Both LasX systems operate in fundamentally the same way. When a 2D bar code printed along the edge of the roll gets scanned, it sends that identifying information to the LasX software, which then pulls the digital file needed to cause the laser to cut the appropriate shape. “It’s non-stop,” says Travis. “A circle, a square, a rectangle, a triangle, or whatever shape we need to cut. And every time a new shape is called for, the digital system immediately picks that up and changes its cutting mode with no need whatsoever to change cutting tools of any kind.” 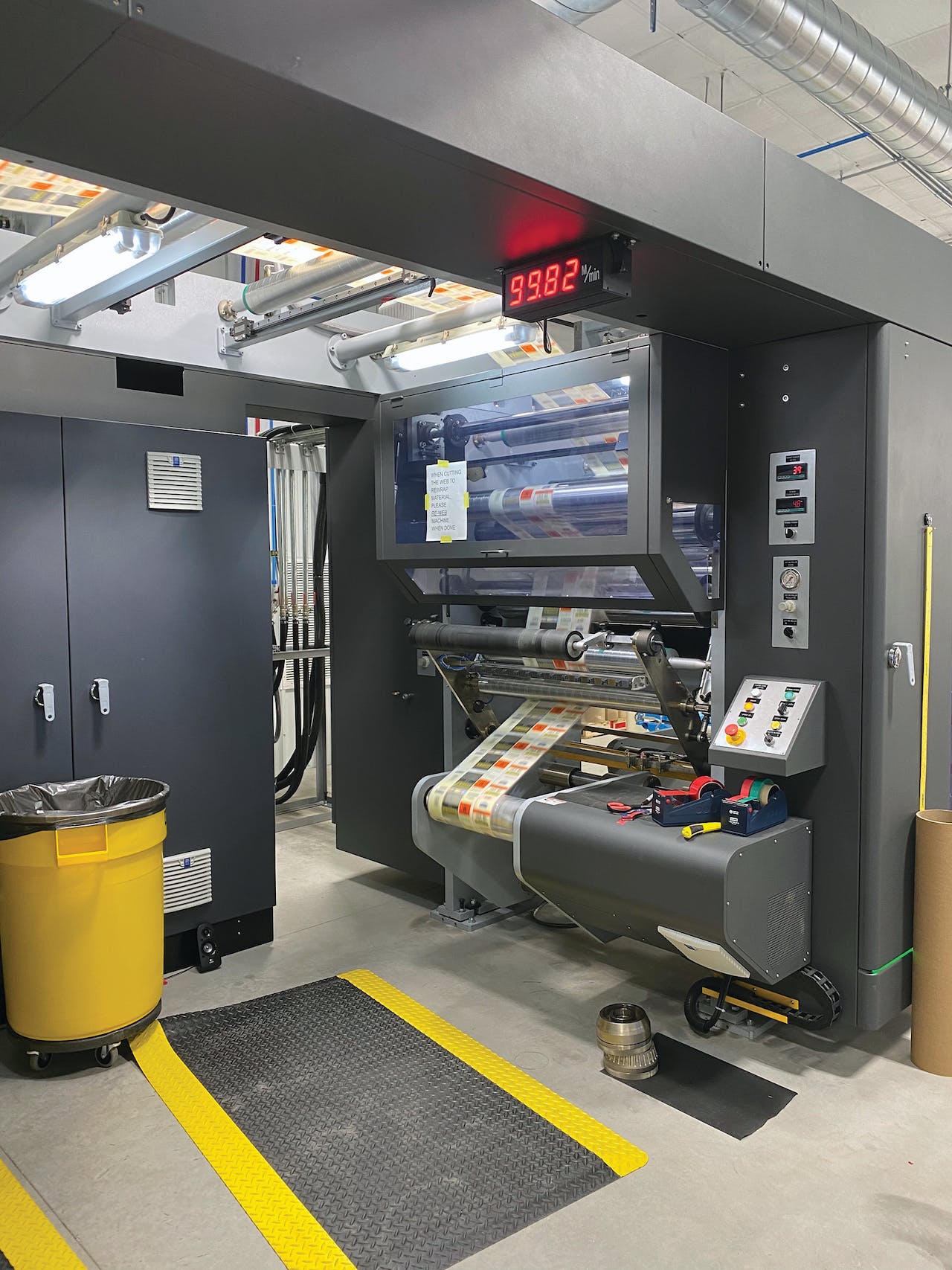 One significant capability in the second LasX system operating at InkWorks revolves around how the laser-cut units are handled in roll-to-part production. It involves the integration of LasX’s patented stainless steel vacuum processing belt with two Dorner conveyors. The stainless steel belt makes it possible for the laser to accurately register the digitally printed web on the fly and through-cut the web, thus creating each part. The fully cut parts are then delivered from the laser area to the first downstream Dorner unit, which is an inverted vacuum conveyor. The vacuum conveyor carries the parts from the stainless steel conveyor onto the secondary Dorner belt conveyor. The servo driven rewind shaft collects the webbed scrap matrix. The speed of the second Dorner conveyor is variable and can shingle or space the parts. Counting of the parts is done automatically so the secondary conveyor accelerates to create a space to indicate to the operator the stack count has been reached. All that remains is for an operator to bag the parts into cartons for shipment to the customer.

“It’s much more fluid than how we’re doing it on the first LasX system,” says Travis. “On that system the machine extracts parts from the web by redirecting the web path after cutting and allowing the cut-through labels or sheets to be captured by a nip that feeds the parts onto a conveyor. If the labels are very small or extremely thin, they wrap up on the nip rollers or they get jammed up. The new vacuum conveyor system completely eliminates these issues. We learned a lot with that first machine. Then, by working closely with LasX, they were able to design just what we needed this time around. It’s just an amazing machine.”

First Combi Pack Ready Laminator installed
The Combi Pack Ready Laminator at InkWorks represents the first commercial installation of this newly available combo laminating system, which offers either thermal or solventless adhesive lamination. When Karlville debuted the original Pack Ready concept at drupa 2016, it was strictly for thermal lamination. The technology was notable then and remains notable now because it lets converters go from laminating directly into slitting and pouch-making with no time required for curing of adhesives. Here’s how it works.

InkWorks surface prints a roll of biaxially oriented polypropylene (BOPP) supplied by a firm like Nobelus. Also supplied by Nobelus is a roll of clear polyester that InkWorks laminates to the surface-printed BOPP as a way of protecting the inks. Both the polyester and the BOPP arrive from Nobelus with an extrusion coating of EVA. So all InkWorks need do is introduce heat to bond the two together—thus the term “thermal laminating.” Because no adhesive is applied, there’s no time required for curing before the material goes to InkWorks’ slitting operation. “This capability has opened up new markets and allowed us to partner with makers of stand-up pouches, side-gusseted  pouches, and bags,” says Travis.

While InkWorks relies on thermal laminating for the pressure-sensitive label side of its business, it switches to solventless adhesive lamination for its in-mold labels. This is not only because the substrates being married are very thin and thus subject to curling when subjected to heat. It’s also because in-mold labels are usually laminations of clear BOPP to surface-printed BOPP. Thermal lamination involves EVA, which would interfere with the monolayer quality you’re after when injection molding PP containers, thus complicating ease of recycling.

Solventless laminating involves the application of an adhesive. You feed in two rolls of BOPP and one of them goes through a trough of adhesive. Then comes a doctoring roll, then a transfer roll, and then a nip roll to bond the two layers together. 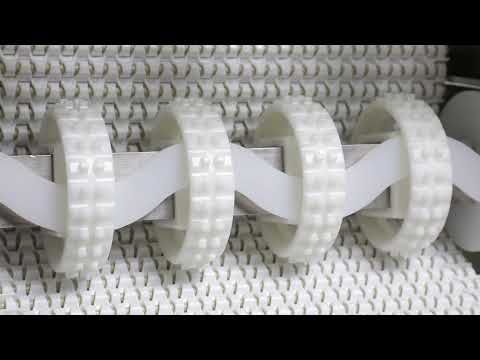