Depending on line speeds and label printing requirements, new equipment costs to meet rule could hit $200,000 per line. 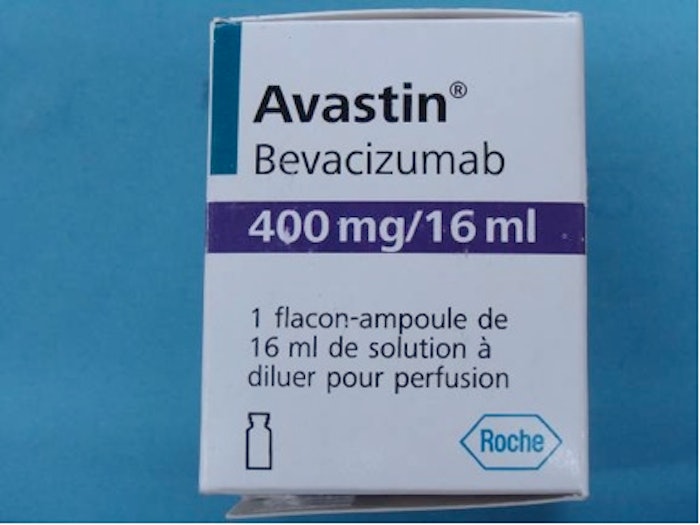 The discovery in February that counterfeit Avastin, the cancer infusion drug, found its way to physicians and hospitals in the U.S., makes it more likely that the U.S. Food and Drug Administration, either on its own or at the behest of Congress, will allow pharmaceutical manufacturers to change the way they print bar codes on unit-of-use drug packages. The FDA had already announced last October that it was reviewing its 2004 drug bar code rule, which requires drug companies to print a linear bar code containing the product's National Drug Code (NDC) on the package directly or on a label.

The eight-year-old FDA rule was born of a concern that too many patients were receiving the wrong drug at hospital bedsides. The hope then was that hospitals would scan incoming drugs, eventually at a patient's bedside, to assure he or she was getting the correct medication. But since the rule went into effect in 2006, a second concern--counterfeit drugs--has gripped the FDA, as it has states like California and the countries of the European Union. The counterfeiting of Roche/Genentech's infusion drug Avastin ratchets that concern up another notch since counterfeits had been predominantly restricted to bogus pills. (Shown in the photo here is a carton of the counterfeit product.)

California is way ahead of the FDA in erecting defenses, having enacted an e-Pedigree requirement that will force pharmaceutical companies starting in 2015 to include a unique serial number, lot number, and other information inside a bar code so that the individual container can be "tracked and traced" up and down the distribution chain using scanners, software, and databases. If that additional information were included inside a linear bar code (consisting of a series of parallel, vertical, adjacent bars separated by spaces), it would result in a package label of unwieldy size. So pharmaceutical manufacturers who want to comply with the California law--and nearly all will--will have to use a tiny, two-dimensional (2D) GS1 DataMatrix bar code on packages instead of, or in some instances, in addition to, a linear bar code.

GS1, the international standards organization, allows for serialization within its Global Trade Identification Number (GTIN), provides a 2D standard called GS1 DataMatrix and a stacked, linear bar code called GS1 DataBar. Very few American pharmaceutical manufacturers are printing GS1 DataMatrix labels today and even fewer are serializing them, as California will require. Some are printing GS1 DataBar, which is a small pyramid of stacked linear codes, referred to as a "composite" code. It is rarely serialized but could be.

"The complicating factor is that e-Pedigree is the most technically onerous of the traceability modes that are being discussed worldwide, so California’s law sets the bar very high," explains Mark Davison, CEO, Blue Sphere Health Ltd. and author of Pharmaceutical Anti-Counterfeiting: Combating the Real Danger from Fake Drugs. "If some kind of compromise nearer to the European model could be reached then it might be easier to gets things done federally."

Datamatrix (again, usually based on the global GS1 standard) is now required in Argentina, France, Turkey, Korea, and India, according to GS1. France, for example, requires only batch-level serialization. "I expect EU to specify pack-level serialization and 2D codes when they publish, in late 2013 is the best guess, the Delegated Act that will describe the implementing rules for the Falsified Medicines Directive," adds Davison.

Given California's onerous, upcoming serialization requirements, which the EU will, more or less replicate even prior to 2015, the FDA could be excused for thinking it is doing the pharmaceutical industry a favor by imposing a national serialization requirement in the U.S. in the name of national and international harmonization. It is not clear whether the agency has the authority to make such a mandate on its own. However, Congress this year must reauthorize the Prescription Drug User Fee Act (PDUFA). When it last reauthorized that law in 2007, Congress tacked on a number of drug track-and-trace requirements, including for the FDA to publish guidance on a Serialized Numerical Identifier (SNI) that manufacturers could use should they decide, voluntarily, to serialize their packages. The FDA published that guidance in 2010.

A year later, the FDA opened the door to vaccine manufacturers using 2D bar codes. That was because of a federal law requiring manufacturers and hospitals to track adverse events related to children's vaccines. Sanofi Pasteur is printing GS1 DataMatrix codes on pediatric diphtheria and tetanus toxoids adsorbed vaccine. Amy Ba, a Sanofi spokeswoman, says the packages are not serialized, however.

Any serialization requirement in the U.S. would require major packaging line changes and investments. Serialization forces a company to print a unique serial number on the drug package as it moves down the packaging line, and then link that number to the carton and then link those individual and carton numbers to the pallet as it leaves the production facility on its way to the wholesaler. Depending on the speed that the company needs the packaging line to run at, serialization can force investments in new controllers, printers, scanners, and software up and down the line, including up to back office enterprise resource planning (ERP) systems.

Robert Rack, president, RDG/BarCodeAmerica.com, says he has installed six RDG 7000XR Rewinder Label Print & Inspection Rewinder systems for three major U.S. pharmaceutical companies. The cost for implementation can range from $60,000 to $200,000 per packaging line, depending on how fast the user wants the line to run and how much of the label the user wants inspected. If the manufacturer wants speeds upwards of 500 ft/sec, then the system runs at the high end. At 200 ft/min, the system can be near the bottom dollar range. "If someone wants to print the full label in full color, and run at high speed, on demand, that pushes the cost to $200,000," explains Rack, whose company has been serializing packaging lines since 2000. "But we can meet most people's requirements in the mid-$60,000s."

Of course, manufacturers aren't the only players in the pharmaceutical sector that would be affected in a serialized, 2D label world. Many but far from all hospitals today have linear laser-based scanners, some available for bedside nurses, which read NDC codes. However, hospitals would have to purchase camera-based scanners to read GS1 DataMatrix codes, whether serialized or not. The cost of that investment worries many hospitals, although some leading hospitals are already printing 2D bar codes--either on site or via contract packagers--on drugs coming into central pharmacies from drug wholesalers and group purchasing organizations. Hospitals do that because some small, unit of use packages such as ampules do not have linear bar codes at all. The hospital must use 2D to get the NDC number in a bar code, and in doing so, adds the lot number and expiration date, which normally is printed in ink outside the linear bar code. Having the lot number in the bar code makes it easier to find a drug involved in a recall, and reduces hospital costs.

Bill Churchill MS, RPh, chief of service, Department of Pharmacy, Brigham and Women's Hospital (BWH) in Boston, says the hospital prints 2D bar codes in-house on about 500,000 intravenous admixtures a year and sends another 180,000 oral medication doses annually to either SafeCor Health or Shamrock Medical, two contract repackagers who are also able to provide 2D bar code symbology. Those 180,000 doses include medications in fluid cups, droppers, oral syringes, over bags, pouch packs, and other containers. The hospital dispenses about 7.5 million doses a year, the overwhelming majority of them still with only linear bar codes.

Some argue the cost for hospitals to convert to camera scanners able to read 2D is overstated. "Besides dedicated data capture devices and mobile computers, many of your standard phones like the IPhone and Droids and others of that ilk can become bar-code readers for both1D and 2D codes by a simple software download," explains Rack.

"Could I make the argument we could pay for the capital investment in 2D scanners with the savings from new staff efficiencies, reducing drug waste, better patient safety, and other improvements," asks BWH's Churchill? Yes, I believe that I could make the case."

Stephen Barlas has been a full-time freelance Washington journalist for more than 30 years, and covers the pharmaceutical industry for many publications.