Wynn Wiksell, manager of packaging QRO at General Mills, and chairman of the Food Safety Alliance for Packaging (FSAP), offers an update on the HACCP models for packaging materials.

Packaging World:
What is the current status of FSAP, and the development of Hazard Analysis Critical Control Points (HACCP) models for packaging materials?

Wynn Wiksell:
At Pack Expo, members of the FSAP presented three courses on Packaging and Food Safety, which were all well attended by the industry. The topics were on Management Awareness to Food Safety Issues, Prerequisite Programs, and on the HACCP models themselves. In December, FSAP launched its first monthly periodical e-letter that brings pertinent news to its members. Interested parties can go to www.iopp.org and join and register under the FSAP technical committee to get on the distribution list. We received much positive feedback on the initial communication.

What has been learned about the improper labeling that was said to have caused 55% of food industry recalls, and what's been done to reduce those labeling problems?
Education and awareness represent the biggest first steps that we took. Those fundamental steps are important in getting everyone aligned. Other initiatives and groups such as the GFSI and PAC have helped bring a recurring message to the industry that this is essential. One of our big educational points around HACCP implementation and labeling is that there is not just one critical control point as most HACCP models suggest. We have encountered processes where up to three critical control points on one line are essential to the success of packaging processes.

Do these companies view this as positive for industry, or do they see it as another regulatory burden? Will this add costs for suppliers or CPGs?
It's been viewed as very positive from our suppliers' perspective. Depending on the individual supplier's food safety journey, I've heard second hand that this helps reinforce Quality's core function within the plant. It has been seen as shoring up processes in some operations, where others have had to add capital equipment, but I have not heard where anyone has said that this is excessive. Just the opposite, as the packaging function realizes what the serious risks are and how they can change to better prevent those risks from happening, the more they see the benefits of improving their internal organizations.

What do you see taking place in the future on this matter?
We are working on adding more models, gaining a wider network, and looking at sharing chemical management best practices across the supply chain. When we formed and launched our effort, two industry reads showed that roughly 50% of the industry was aware of HACCP and had a HACCP-based program in place. Since the fall of 2010, two more studies came out showing that the industry has greatly improved to 75% of the industry knowing and utilizing a HACCP-based program. That is a 50% increase in two years! But none of this could have happened without the hard work of the FSAP team made up of a cross-section of both CPGs and suppliers. 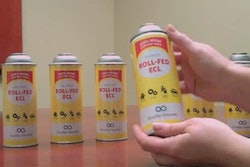 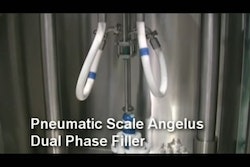 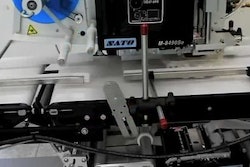