Nanotech taken up by Swiss group

Some Swiss folks opined about nanotechnology in packaging in January.

The study gives insights into how issues already starting to be tackled here are addressed under a different legal system than ours. Despite structural differences in the Swiss and US legal systems, ideas floated there might someday have traction here.

The Swiss Centre for Technology Assessment TA-SWISS, part of the Swiss Academies of Arts and Sciences, produces reports on technological issues that it says are “objective, independent, and broad-based.”

An emerging science, “nanotechnology” has already proven to have promising applications for a whole range of technologies, including drugs, food ingredients, and food packaging. An engineered nanoscale material is one with a particle size of 100 nanometers or smaller. A nanometer is one billionth of a meter, or about one 100,000th of the width of human hair.

So far, the U.S. Food and Drug Administration’s internal examinations of emerging nanotechnologies has yielded preliminary recommendations seeking input and calling for guidance on when new or different data requirements would apply to nanoscale versions of substances in regulated products. It is reasonable to expect that, as nanomaterials continue to emerge into regulated products, FDA will take into consideration what other nations and non-governmental bodies have done in this area, both for new ideas and to some degree to assure international harmonization. For that reason, examination of studies such as this new Swiss group’s is an important part of keeping tabs on regulatory developments.

When we last examined nanotechnology in this space, it was to summarize a study by U.S. government and industry representatives and others of the regulatory framework for food contact materials and of their sufficiency to address new and different issues that might arise with nanoscale substances.

That study by the Project on Emerging Nanotechnologies within the Washington, D.C.-based Woodrow Wilson International Center for Scholars, in collaboration with the Grocery Manufacturers Association, generally found current U.S. legal and regulatory requirements would be sufficient to address unique issues raised by an engineered nanoscale material (ENM).

The report also noted, though, that any given ENM might raise special concerns that would require additional work by an applicant, and whether that is so should be evaluated case-by-case: “The applicable laws are by design stringent in imposing on sponsors the burden of proof on the safety of food contact substances, and FDA and EPA implement these laws in keeping with sound safety assessment principles that impose significant data collection requirements on sponsors. This approach provides a high level of consumer protection, but, given the current state of scientific knowledge and need for case-by-case evaluation, it also will require scientific investment and innovation in order to satisfy established regulatory standards.” The report recommends early consultations between industry and FDA when new materials or uses are proposed.

Well, now comes a group from Switzerland, evaluating the current state of nanotech in food packaging and food in its country and offering its opinion of the adequacy of that country’s laws to deal with the issues.

The Swiss group noted the benefits of nanotechnology, and that it is already incorporated into some food packaging, for example in films, nano-silver layers or layers in PET bottles to improve barrier properties. They even cite greenhouse gas reductions associated with “nano-PET bottles.” The study recognizes that there is a huge market potential for nano-materials in packaging.

Whether the nanoparticles in packaging make their way into food, says the study, depends on how it is applied to the package. A press notice about the study says that “Transfer cannot be ruled out where the nanomaterials come into direct contact with the food.”

The study observes that Swiss law operates on the basis of a “positive principle,” in which a list of permitted additives is published and only those on the list can be used. This is in contrast to the US system, where certainly there are such lists, but additional substances can also be legally used if their use is Generally Recognized As Safe, subject to a Prior Sanction, or if it is established that the substance will not in fact migrate to food under the intended conditions of use.

Moreover, under the Swiss system, if the substance is on the positive list, it need not be re-tested, “not even if it is added in a nanoscale form,” says the Swiss study. But, the study’s authors say, that’s exactly what’s wrong with the Swiss system. Since we now know that nanoscale versions of a substance may behave differently than ordinary size versions—sometimes they are even safer to health and the environment—the Swiss law should be changed to account for those different considerations.

The Swiss report contains recommendations for legal changes, but with foods in mind, not packaging. The report acknowledges no dangers have yet been identified with nanoparticles in use in Switzerland (they admit it’s a short list), and the report does not advocate a separate law for foods with nanotech particles.

They want to see food and chemical legislation “adapted to meet the demands of nanotechnology,” though they offer few specifics. They advocate notification on labeling of the presence of nanotech products [on a Europe-wide basis], which they say would provide “transparency and openness” and let consumers know what they are buying. This is a perennial argument about new technology, but it begs the question of whether the technology has been found to be safe. In other words, if it’s found to be safe and therefore is permitted to be used, what is the function of the label notification of its presence, and won’t it just cause fear of the technology?

The continuing emergence of nanotech, within both packaging and food technologies, promises to bring continued examinations of the adequacy of various regulatory approaches, some resulting in regulatory changes, some not. Let’s hope whatever regulators do doesn’t unnecessarily stymie the emergence of this exciting new technology out of ignorance or unwarranted fear. 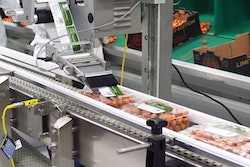