Food packaging from a university perspective

Radio frequency identification (RFID) is a cool technology. However, recent efforts to use RFID to improve supply chain visibility of groceries and consumer packaged goods are proving to be misguided. Our packaging laboratory was one of the early leaders in RFID research. We spoke at symposia on RFID. We authored papers and a book chapter on RFID. With all of this involvement in RFID you might think that I would be a strong promoter of RFID, but you would be very wrong.

The reality is that RFID is too complex, too expensive, and too environmentally unfriendly for broad application for high-volume, relatively low-value goods. Even at the holy-grail value of $0.05 per tag, RFID will still be at least prohibitively expensive. Since Wal-Mart has been the primary driver of RFID, and since Wal-Mart will not accept price increases from manufacturers to recover even basic RFID inventory costs, let alone amortize enormous R&D and infrastructure investments, RFID tag appliers are left looking for ways to benefit from the technology. Early on, I was eager to help companies find those benefits, but the reality has long since dawned on me that we might have better results searching for Big-Foot in the Smoky Mountains of North Carolina. Wal-Mart seems to be blindly addicted to RFID. In my opinion, it is time for Wal-Mart’s vendors to let Wal-Mart know that they intend to kick the RFID habit.

On one hand, RFID and Wal-Mart have provided two major benefits for industry. First, RFID showed it’s not only possible to uniquely identify every item in the supply chain, but that there are real benefits in doing so. Second, by getting everyone on the bandwagon, we now have solid sets of international standards for data and data sharing. But radio waves and all of their related cost, complexity, and environmental issues are unnecessary to realize these benefits.

As RFID players were elbowing their way to the table, smart vision systems have been getting smarter, faster, and less expensive. Vision systems coupled with a variety of identification symbologies, such as 2D Datamatrix barcodes, offer the ability to realize virtually all of the benefits promised by RFID, but with much lower cost, complexity, and environmental impact. Some would argue that RFID is still worth pursuing because it offers the ability to collect data without line-of-sight. But those who have worked extensively with RFID know that when it is critically important to read tags, something very close to line-of-sight is required anyway, so this sole RFID benefit is really not much of a benefit anyway. Additionally, since multiple coded symbols may be printed or engraved with existing technologies at a fraction of the cost of one RFID tag, standards for symbol placement and readability could greatly offset this perceived 2D bar code deficiency.

It is time for industry to kick its nascent RFID habit and start pushing for truly cost effective track-and-trace solutions. I am sure that one day soon, Wal-Mart will see the light.

Bruce Welt is associate professor and coordinator of the Packaging Science Program at the University of Florida. He can be reached at bwelt@ufl.edu. 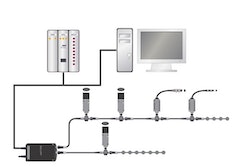 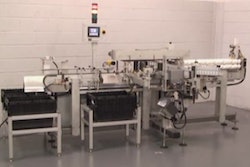 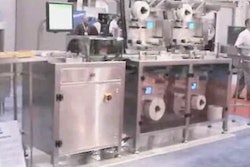