Lexar Media, Fremont, CA, which has been involved in RFID for three years, shows that RFID is more than a slap-and-ship compliance for Wal-Mart.

Lee Mar, Lexar’s senior logistics analyst and RFID project lead, discussed the company’s program in a March Webinar.
A supplier of flash media products to retailers such as Wal-Mart, Target, Best Buy, and OfficeMax, Lexar Media produces more than 200 different stockkeeping units and 30,000 monthly shipments, of which 4,000 are sent to Wal-Mart. Lexar, which targets a five-day order-to-shipment turnaround time, ships the products as individual cases or as pallet loads.
Challenges it faced included inaccurate inventory stock, inventory shrinkage, higher labor costs and higher costs to process orders, and loss of productivity. What it wanted was to rectify some of these shortcomings through better visibility into its manufacturing and warehousing processes at its third-party logistics (3PL) provider, based in South Carolina, and at its customer’s distribution center.
“We wanted to work our way up as experience was gained and as technology was improved,” says Mar. It has gone from using 200,000 RFID tags a year to currently using more than 1 million RFID tags/yr. Packaging World has learned that Lexar uses RFID tags from Avery Dennison (www.rfid.dennison.com) based on Gen 2 RFID inlays from Alien Technology (www.alientechnology.com).
The company divided its RFID program into three phases:
Phase1: Pilot, 2004; Phase 2: Beyond compliance, 2005; Phase 3: Operational business intelligence, 2007.
In Phase 1, it volunteered to be one of the “next 200 Tier” of RFID suppliers to Wal-Mart, picking a few select SKUs shipped to specific Wal-Mart DCs in Texas. In Phase 2 in 2005, the RFID implementation was extended into the entire kitting, packing, and shipping processes.
“That’s when we realized we needed more read points,” says Mar, “and that means more equipment. We wanted flexibility, scalability, ease of use, and [reasonable] cost.” Mar says those needs led them to RFID solution provider KeyTone Technologies (www.keytonetech.com), which in turn led them to Motorola (www.motorola.com).
In 2007, Lexar began its Phase 3 implementation. It scaled up using Motorola RD 5000 mobile readers, which measure 7 x 9 x 2 in. Lexar did not have to add any other hardware or software, Mar says. Readers are installed on two warehouse forklift trucks to interrogate a pallet and verify it for a particular order. An interface directs the driver to a specific dock.
“We were able to automate and expand the verification process to ensure that forklift operators are not only selecting the right pallet, but also placing that pallet on the right truck,” says Mar. “This marriage of RFID with mobility enabled us to easily move our RFID readers as needed, all within our existing infrastructure.” 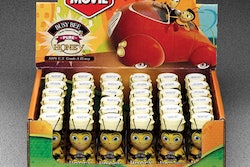 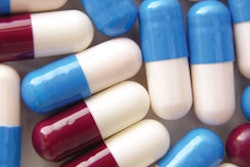 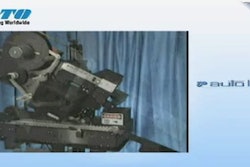 Find the perfect print engine for any application