The Food and Drug Administration reversed itself by proposing a specific warning statement for unpasteurized fruit juices. But even that tougher stance left the National Food Processors Assn. (NFPA) with a sour taste in its mouth. The NFPA had wanted the FDA to require all fruit juices to be pasteurized. The FDA stopped short of that position in its proposal, which was issued in mid-April. The proposal requires most fruit juices to be processed under a Hazard Analysis and Critical Control Point (HACCP) program. But small companies will be exempt. The agency acknowledged, however, that it may take a considerable amount of time for the FDA to develop a mandatory HACCP program for fruit juices. In the meanwhile, as a stop-gap measure, the agency wants to mandate warning labels for juices that are not pasteurized. The warning label requirement seemed to be a side issue for the NFPA. That group was more annoyed that the FDA was planning to exempt "retail establishments" that sell less than 40ꯠ gallons per year from the HACCP requirement. "It is our strong belief that, unless FDA mandates pasteurization or an equivalent process for all juices-not just most juices-this rule will not be successful in advancing food safety in this country," says Allen Matthys, vice president of regulatory affairs for the NFPA. A HACCP program is designed to prevent contamination from chemical, physical and microbial hazards. Pasteurization deals only with the latter. To be exempt from the warning statement, a company would have to process the juice in a manner that will produce, at a minimum, what is called a five-log reduction in the target microorganism. The FDA may have anticipated the NFPA's unhappiness about the alleged HACCP "loophole" for retail establishments and sought to assuage it by mandating an explicit warning statement for unpasteurized juices. When it published a notice of intent in 1997, the FDA had said it would simply designate "elements" that had to be in a warning statement. Companies would have some latitude as to the verbiage. But the agency changed direction in its April proposed rule after consulting with six focus groups, which previewed numerous possible warnings. Members of those groups were confused by different terms. "Allowing variation in the warning statements may lead to a misleading message," the FDA concluded. The mandated statement would read: "WARNING: This product has not been pasteurized and, therefore, may contain harmful bacteria that can cause serious illness in children, the elderly and persons with weakened immune systems." 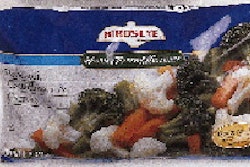 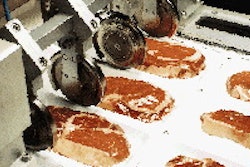 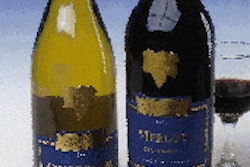