Stephen Barlas
The label from the Just Pik?t brand emphasizes the juice is not pasteurized but rather frozen when it?s fresh

High-level staff changes within the food safety section of the FDA have probably set back the agency's timetable for starting a rulemaking on labeling of fruit juices. Geraldine June, an official for FDA's Center for Food Safety and Applied Nutrition (CFSAN), says, "We are putting together a proposal, but we still have to go through a lot of clearances." The FDA issued a "notice of intent" on August 28, 1997, signaling its plans to start two rulemakings. One would be a longer-term process establishing a Hazard Analysis Critical Control Point (HACCP) requirement for manufacturers for "some or all fruit juice products." The second short-term rulemaking, meant to become effective prior to the HACCP requirement, and possibly ending once the HACCP rule goes into effect, would establish warning labels for fresh fruit juices that are not pasteurized. But on January 16, 1998, the FDA announced that Fred Shank, director of the CFSAN since 1989, was shifting to a new position. He was replaced by Joseph Levitt, whose agency experience has been in subjects far distant from food safety. Levitt will probably need a minimum of three to four months just to get his feet wet. So major decisions on mid-level issues such as fruit juice labeling won't likely be made until this summer. A batch of Odwalla brand apple juice contaminated with E. coli bacteria in October 1996 was the straw that apparently broke the FDA's back. There had been five previous recalls of juice products going back to 1991, all based on faulty sanitation or equipment leading to cross contamination. The FDA's primary target is unpasteurized fruit juice sold by local growers. Marc Isaacs, president of Sun Orchard (Tempe, AZ) and chairman of the American Fresh Juice Council, says his members sometimes sell their products in grocery stores, where they are frequently stocked in the produce sections, and at roadside stands. Odwalla is a former member of the AFJC. Most AFJC members do not pasteurize their juices. But Isaacs does not think his member companies should have to put "unpasteurized" on the label. Rather, he thinks the FDA should immediately begin tightly enforcing the good manufacturing practices (GMPs) that apply to all foods and already are on the books, and move within a couple of years to adopt a specific HACCP plan for fruit juice packers. Many mainline processed fruit drink manufacturers think AFJC members should immediately have to label their products as "unpasteurized." David Kerr, executive director of the National Juice Products Assn., says the FDA should require either that all juice products be pasteurized or "mandate HACCP programs and label warning statements for fresh juice products." However, many processed juice companies are aghast at the possibility the FDA will require them to put "pasteurized" on their labels. The FDA raised that possibility in its 1997 notice. Allen Matthys, vice president of technical regulatory affairs for the National Food Processors Assn., says a requirement to label the products as "pasteurized" is a bad idea. "If they want to make it voluntary, that is okay," he says. "But if it is mandatory, companies will have to mess up the graphics on their labels, and may have to change their bottle molds, and that would be costly." Interestingly, some of the major juice manufacturers are already putting "pasteurized" in their label copy voluntarily. Welch's (Westfield, NY) will be redoing all 100 or so of its product labels. Jim Callahan, a company spokesman, says the new labels will be phased in over time. After it opened a toll-free telephone number for consumers in June 1997, Welch's received numerous calls from people wondering whether the company's juices were pasteurized. Those calls reinforced the decision to add "pasteurized" on the label. Ironically, some fresh juice companies are embracing the word "unpasteurized" as if it were the hot new marketing buzzword. Just Pik't, a brand from The Fresh Juice Co., Great Neck, NY, carries a prominent "Not Pasteurized" on its frozen orange juice label. Elsewhere on the label is a block of copy headlined "Floyd's Fresh Idea." Floyd, supposedly the operator of the Florida orchard and juice company, explains that the juice is not pasteurized. Instead the company "freezes in all the natural goodness and it stays that way." The copy goes on to say that pasteurization "destroys the natural flavor and aroma, reduces vitamin C and other nutrients." 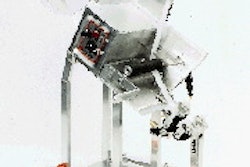 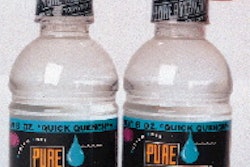 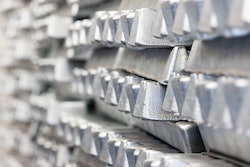