The U.S. adoption requires a refresher course and a careful consideration of just what impact this development might have when it comes to processing and packaging operations. 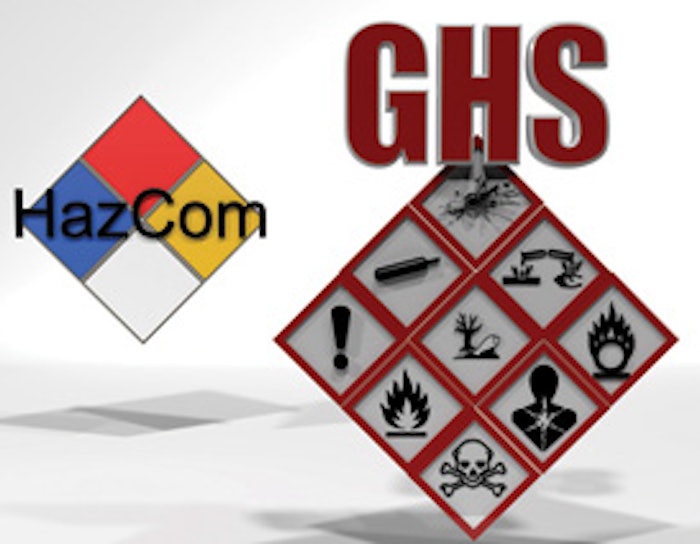 As the United States nears the final stage of adoption of the Globally Harmonized System of Classification and Labeling of Chemicals (GHS), it is time to delve deeper into what impact this has on the processing and packaging industry.

The single most important force that drove the creation of the GHS was the international mandate from the 1992 United Nations Conference on Environment and Development (UNCED). Often called the “Earth Summit,” it was determined a “globally harmonized hazard classification and compatible labeling system, including material safety hazard data sheets and easily understandable symbols, should be available, if feasible, by the year 2000.”

Before the actual official adoption of GHS by the U.N. in 2003, many countries had regulatory systems in place. The standards and procedures varied so much from nation to nation however that it was deemed necessary to encourage all countries to abide by certain hazard classification and labeling standards. Without these agreed upon provisions, there would be a multitude of different labels, classifications, and Safety Data Sheets (SDS) for each product. This patchwork system was incredibly costly to all companies in the supply chain but most specifically the chemical manufacturers.

The U.S. was not an early adoptee of GHS. Finally, in 2012, then Occupational Safety and Health Administration (OSHA) Director Dr. David Michaels announced changes to the Hazard Communication Standard (HCS) to better align with GHS.

OSHA mandated that by December 2013, employees take part in training to recognize the newly required label features such as hazard and precautionary statements, pictograms, and certain “signal words.” The December 2013 deadline also required employees to be trained on the updated SDS format. In 2015, full compliance with the final rule was required and by mid-2016, employers must “update alternative workplace labeling and hazard communication program as necessary, and provide additional employee training for newly identified physical or health hazards.”

Before this, American companies were losing money by having to create multiple versions of labels and SDS to comply with the regulations of other countries. The incorporation of GHS into HCS makes U.S. products more competitive in foreign markets.

The process of phasing in the revised HCS is scheduled for completion by June 1, 2016. According to the U.S. Department of Labor website, this means employers must not only train employees on the new label elements and SDS format but also update alternative workplace labeling and hazard communication programs as necessary. Moreover, they must provide additional employee training for newly identified physical or health hazards. It is also necessary for employees to get continued training upon introduction of a new chemical to their workplace or if they switch to a position where they encounter a new chemical.

In line with JLS’ goal of making the world a better place, as Director of HR, Zasadni is tasked with further strengthening the company's culture in order to continue to make it a great place to work.
JLS Automation
Apr 11th, 2022
More in Workforce