The addition will further grow the company's sustainable healthcare and food packaging market in North America. 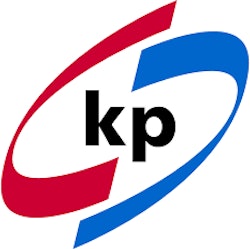 This expansion will further grow the company’s sustainable innovation offering in consumer health, pharmaceutical, and food packaging markets through the addition of an extrusion line and two thermoformers, delivering a total of 15,000 metric tonnes of new rPET/PET capacity.  Currently, over 20% of Klöckner Pentaplast volumes made from PCR material.

The addition is part of Klöckner Pentaplast's continued North America expansion plans. The state has committed to local grants and incentives for the placement. The installation will add 60 jobs to the West Virginia facility with commercialization beginning at the end of 2022 for the first thermoform line. The extrusion addition will be completed in mid-2023. The completion of the second thermoform line and new production hall, which will be capable of additional capacity expansions in the future, is scheduled for the end of Q4 2023.