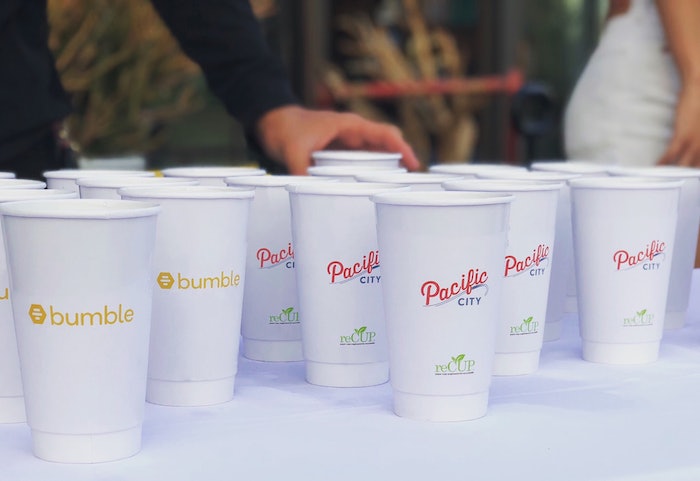 As the surf kicked up for the US Open of Surfing across the street in late July, Pacific City retail development—comprising shopping, dining, and entertainment—kicked up the first wave of a paper cup recycling program for Southern California.

According to Pacific City, using a paper cup that’s designed to be recycled enables systems to be put in place for the recycling of paper cups. The Pacific City property also added dedicated paper cup recycling receptacles throughout the common areas, as it is participating in Southern California’s new reCUP Recycling Initiative, a closed-loop recycling program for reCUP paper cups. The initiative is a blueprint to address paper cup and single-use paperboard packaging waste nationwide through recycling rather than landfill.

ReCUPs are distributed by 4 Blue Waves, a local foodservice packaging distributor of environmentally-friendly packaging, founded by core volunteers of the Surfrider Foundation, Huntington/Seal Beach Chapter. Receptacles were provided by Busch Systems, and recycling of reCUPs was coordinated by Allan Company, one of the largest independent recyclers in the Western U.S.

“We’re thrilled to support such an advancement in retail property sustainability practices” says Jen Williams, General Manager of Pacific City. “For every ton of reCUPs collected, we save five trees, 1,601 gallons of water, 524 hours of electricity, and 51 gallons of oil”

Watch a video on reCUP.