Brunel University London develops a set of invisible phosphor inks that can be coated onto labels and detected by UV to speed the sorting of plastics during recycling. 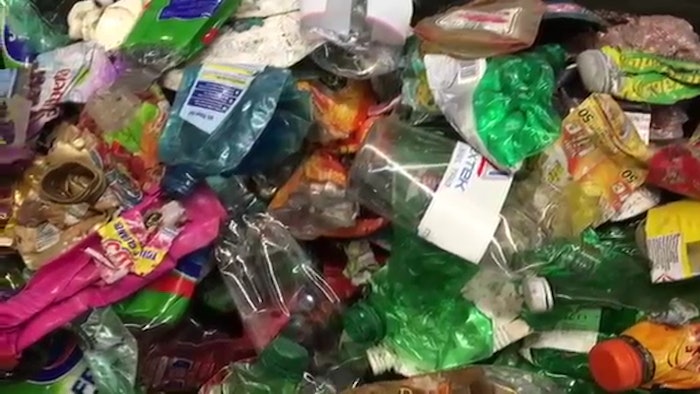 A new technique using invisible tags to label plastic packaging could jumpstart a “quantum leap” in U.K. recycling. The advance switches up sorting by adding phosphors, the luminescent materials that give strip lights their glow, to recyclable plastic packaging.

Brunel University London has developed a set of invisible phosphor inks that can be coated onto labels and detected by UV, the way cashiers spot fake bank notes.

With the U.K. getting through 5 million tonnes of plastic a year, yet only recycling an estimated 29%, researchers say this marks a potential “quantum leap” in recycling efficiency.

Plastics are currently sorted automatically on high-speed conveyor belts. A beam of infrared radiation probes the plastic as it travels the sorting belt at three meters a second. The near-infrared spectrum, which bounces back off each piece of plastic, reveals a different fingerprint depending on its type of polymer.

The infrared is analyzed by a spectrometer programmed to look for specific polymers such as PET. Running 4 million chemical analyses a second, the beam pinpoints exactly where those pieces of plastic are, before jets of air eject them from the belt and into a collection bin.

“The existing system works extremely well, but has some big deficiencies,” says Dr. Paul Harris. “It is fine for transparent plastic but doesn’t work for highly colored plastic, which makes up a significant fraction of the waste stream.” These are things such as shampoo bottles. Another problem is that near infrared spectroscopy can’t tell what the container was used for, so it is impossible to separate pesticide containers from food containers, for instance.

The new low cost technique, called PRISM (Plastic Packaging Recycling using Intelligent Separation Technologies for Materials), is to coat a transparent phosphor-loaded ink onto the product’s existing label before use. Current sorting technology can detect the luminescence from the phosphors. And by using PRISM’s coded mixtures of phosphors it can identify both the plastic’s material and what it was used for even if it is heavily colored.

Besides buy-in from manufacturers, all it needs is to add a UV source to existing near-infrared sorting systems, which can be programmed to read the phosphor codes. So recyclers can retrofit PRISM at low cost.

Led by recycling consultants, Nextek and Brunel, PRISM is a European consortium. The first full-scale trials by members, Tomra Sorting, showed it collected 98% of labeled plastics with 95% accuracy.

“It will mean a larger proportion of waste will be identified and recycled, rather than going to landfill,” says Dr Harris. “The system is working a treat, and we have already had lots of international interest. The next phase is to get the costs down, but the process works, there’s no doubt about it.”