Inspired by survey findings that people 60 and over are more likely to recycle, Plastics Make it Possible creates a video with comedian Rudy Mancuso to educate Millennials on the topic. 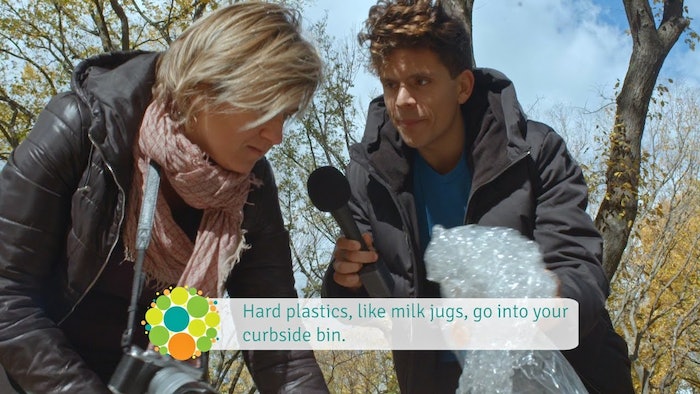 Compared to older Americans, Millennials typically are less likely to know that common plastics, such as shampoo bottles, yogurt containers, and milk jugs, are recyclable. And the widely held belief that recycling can do some good and help the planet is softer among Millennials.

“We’re thrilled Rudy Mancuso is bringing humor and his unique perspective to show just how easy it is to help the environment by recycling more everyday plastics,” says Steve Russell, Vice President of Plastics at the American Chemistry Council, which sponsors the Plastics Make It Possible initiative. “Today, nearly every U.S. household has access to a plastics recycling program, and more and more types of plastics are being accepted for recycling.”

Additional highlights from the recent survey include:

1TNS Global surveyed 1000 adults (18 and over) in October 2016 to gauge habits and sentiments on recycling in the U.S. on behalf of Plastics Make it Possible.