A new organization of 90 NGOs calls on U.S. corporations and governments to lead the way to a future free from plastic pollution. “ 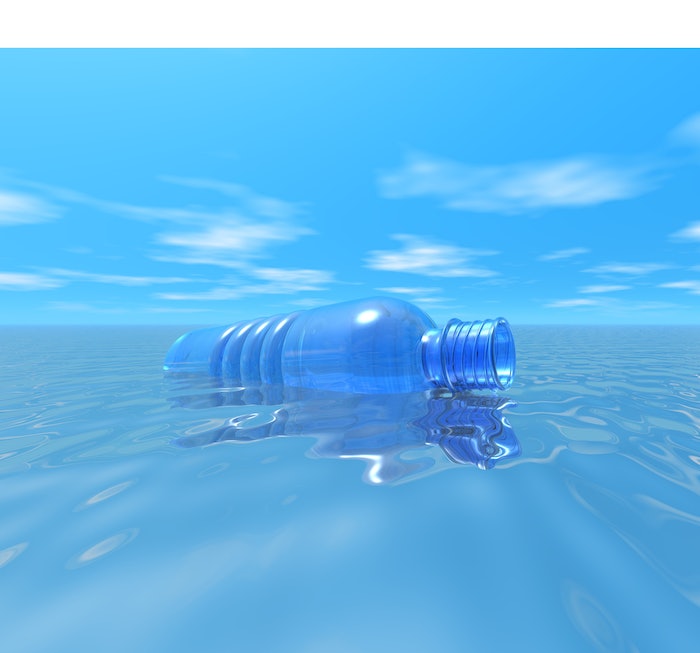 Scientists predict that without urgent action there will be more plastic than fish in the ocean by 2050.

What is being called “a new global vision for a future free from plastic pollution” has been released by a network of 90 NGOs. The vision lays out 10 principles and is said to represent the first step in a global movement to change society’s perception and use of plastics.

Notes the group, “Scientists predict that without urgent action there will be more plastic than fish in the ocean by 2050, threatening marine biodiversity and posing a risk to human health. Yet, despite the danger that plastic pollution poses to our planet and to human wellbeing, industry and governments have so far failed to face up to the systemic change required to solve the issue.”

Says Monica Wilson from GAIA, one of the NGOs involved in the project, “This is the first time that groups from all around the world have come together to find a common solution to plastic pollution. It shows the evolution of a movement that is pushing governments, cities, and major companies to solve this ever-growing problem. This isn’t just about managing the problem. It’s about preventing it in the first place.”

According to the group, the environmental impacts of plastic pollution are now well understood. A significant amount of plastic production is for single-use disposable applications. Nearly a third of plastic packaging escapes collection systems and winds up in the oceans. Once there, sunlight and ocean currents shred plastic debris into smaller particles called microplastics, which attract and concentrate toxic chemicals up the marine food chain and into our bodies.

It adds that plastic is also a human rights issue. “Increasingly, consumer goods companies sell goods wrapped in plastic into markets without waste management systems that can adequately capture the plastic waste,” the group says. “Most plastic ends up in incinerators and landfills in the U.S. endangering nearby communities, which are frequently low-income communities and communities of color.”

“Any strategy to combat the plague of plastic needs buy-in from both frontline communities in the Global South and in the Global North,” says Stiv Wilson from the Story of Stuff Project. “For the first time in history, that is happening. This is what a movement looks like.”

Says Matt Prindiville from UPSTREAM, “Many of the major consumer goods companies, packaging suppliers, and plastics manufacturers are headquartered here in the United States. The decisions made in boardrooms here have negative ripple effects throughout the world. It’s time for these companies to face up to their responsibility for creating plastic pollution, and change.”

According to the group, the U.S. and the major consumer goods corporations headquartered here are driving the irresponsible use of plastics and the resulting environmental damage around the world, which often affects the most vulnerable globally. “It is clear that without strong and coordinated effort by policy makers, businesses will continue to use plastic indiscriminately and the pollution will intensify,” it says.

“For years, the plastics industry has been telling us that all plastics are recyclable, but what we find in the field demonstrates that we cannot recycle our way out of the plastic pollution problem,” says Martin Bourque, Executive Director of the Ecology Center, who runs the U.S.’s longest-operating curbside recycling program.

The group says it calls on U.S. corporations and governments to lead the way to a future free from plastic pollution. “We also stand in solidarity with people around the world who are implementing real community-based solutions,” it says.

The group has also announced a new initiative to support zero-waste system implementation in cities in the Philippines and Indonesia, by the Mother Earth Foundation (Philippines), YPBB (Indonesia), and GAIA (a global network). This initiative will be supported in the U.S. by the 5 Gyres Institute, Story of Stuff Project, and UPSTREAM. Together, these organizations will work to apply successful approaches to comprehensive waste prevention, plastics-use reduction, and composting and recycling systems, and generate new information about the need for material and system redesign.

The vision statement in video, more information on the project, and a list of the nearly 100 organizations that have signed the statement is available online.

Watch a video on the initiative.