A new test protocol has been introduced to determine the impact of labels and adhesives on PET thermoform package recycling. 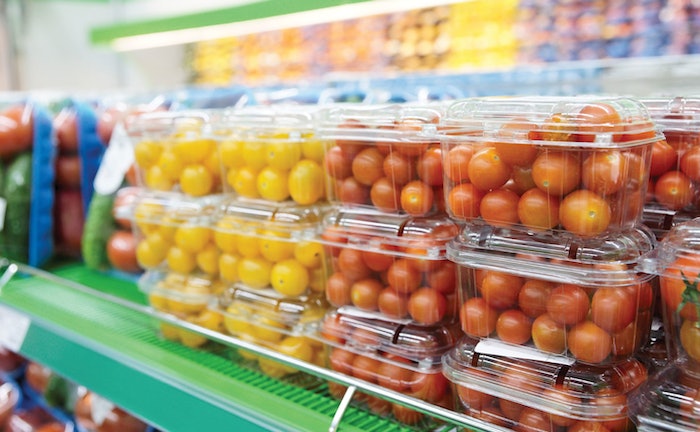 A new test protocol (see www.plasticsrecycling.org/pet-thermoforms) has been introduced to determine the impact of labels and adhesives on PET thermoform package recycling. Developed by the Association of Postconsumer Plastic Recyclers (APR), in conjunction with the National Association for PET Container Resources (NAPCOR), this protocol was instigated by grocery members of the Retail Council of Canada (RCC) to increase the availability of recyclable packaging in their stores.

The main issue with recycling thermoforms is that the glue used to attach labels to the containers is often so strong that the label cannot be removed from the plastic and prevents it from being properly recycled. The new protocol will help identify an adhesive that satisfies both the need for labels to adhere, and the need for them to be removed prior to recycling. Also participating in the effort to craft a set of guidelines for labeling adhesives is the Adhesive and Sealant Council (ASC).

“This protocol will play a pivotal role in allowing PET thermoformed packaging to be recycled in the most efficient way possible,” says Allen Langdon, vice president of sustainability for RCC.

PET thermoformed packaging is the fastest-growing type of packaging in the market, says RCC; it is used extensively by grocers for in-house packaging of items such as produce, nuts, dried fruit, and baked goods. With support from Waste Diversion Ontario, Stewardship Ontario, and the Canadian Plastics Industry Association, RCC grocery members have been working with NAPCOR and APR to remove the obstacles preventing the recycling of PET thermoformed packaging.

In late June, Canada’s top five grocery chains—Walmart Canada Corp., Loblaws, Safeway Canada, Metro, and Sobeys—announced that they will require their suppliers to shift to PET for clamshell thermoformed packaging in a move designed to simplify the product stream and increase recycling. Adhesive makers were asked to register their products with the APR by July 15. APR is now in the process of testing and certifying those adhesives as working with existing cleaning systems already in place for PET bottles. By Jan. 1, the RCC will require its suppliers to use thermoform packaging that meets APR guidelines.

“We urge all suppliers to get involved so that our members will know the appropriate labels to use for their private and in-store packaging,” says Langdon.