Americans, we are told, generate more plastic waste both by weight and per person than any other country—42 million metric tons (MMT) yearly—or 287 pounds per man, woman, and child, at least as of 2016. 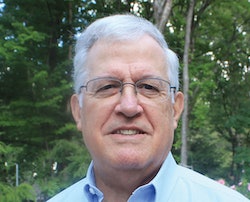 If current practices continue, the weight of plastics discharged globally into the ocean could reach up to 53 MMT per year by 2030, “roughly half of the total weight of fish caught from the ocean annually,” says the NAS’s Committee on the United States Contributions to Global Ocean Plastic Waste, which wrote the bold but implausible report, due out this Spring.

Key elements of the NAS Committee plan call for the U.S. to:
• Substantially cut solid waste generation to reduce plastic waste in the environment and lower the environmental, economic, aesthetic, and health costs of managing waste and litter.

• Create a federal research and policy strategy that focuses on identifying, implementing, and assessing equitable and effective interventions across the entire plastic life cycle to reduce U.S. contribution of plastic waste to the environment, including the ocean.

The NAS calls for the strategy to be developed by December 31, 2022. But, in view of the number of ocean plastic waste “knowledge gaps” the report writers identify, that deadline comes too soon. Those knowledge gaps include:

• Limited access to transparent data on plastic production, which the report considers “a significant barrier to understanding the amounts and trends in quantities and types of plastic resins.” The committee admits it doesn’t know “just how much plastic is produced in the U.S. and how much is used for packaging. Still, it reports, “compared to other packaging materials, such as glass, plastic packaging uses less material, due to its strength, and less energy during transport, due to its lightweight nature.”

• Little national-scale data in the U.S. besides the Environmental Protection Agency’s municipal solid waste numbers to understand the “sources, types, and relative scale of plastic waste generated and disposed or leaked to the environment.”

• Lack of a comprehensive understanding of the contribution of various transport pathways to plastics in the ocean. This, notes the report, “is hindered by the complexity of the transport processes and the data needed to measure and model variability in fluxes over space and time.” The committee adds that research is needed on “the rates at which plastics degrade at various depths in the ocean, and how this varies by polymer type” as well as the “fate of plastics in marine biota, including residence time, digestive degradation, and egestion and excretion rates.”

• Tracking and monitoring shortfalls: The committee believes there would be “significant value in developing a data and information portal by which existing and emerging marine debris/aquatic plastic waste data sets could be integrated to provide a more complete picture of the efforts currently tracking plastic pollution across the nation.”

Closing those four knowledge gaps in time to meet a less-than-one-year-away deadline is a vain and irrelevant hope that will not affect the outcome of NAS’s awesome and terrible six-pronged strategies:
• Reducing plastic production, especially plastics that are not reusable or practically recyclable—i.e., by establishing a national cap on virgin plastic production.

• Innovating design and materials to develop plastic substitutes that degrade more quickly or can be more easily recycled or reused.

• Decreasing waste generation by reducing the use of disposable plastic intended for short periods of use.

• Improving waste management by imposing regulatory limits on plastic or microplastic waste discharged into the ocean by river systems.

• Capturing waste in the environment including ground litter, storm water, or directly from waters where it accumulates.

• Minimizing at-sea disposal by directly targeting the flow of plastic from vessels or platforms.

Finally, in recommending “potential means to reduce United States contributions to global ocean plastic waste,” the NAS Committee endorses the “need and opportunity to deploy economic instruments such as taxes and subsidies and extended user responsibilities and behavioral interventions such as promoting the voluntary adoption of pro-environment behavior in societies through non-price and non-regulatory means to incentivize the most environmentally benign use, recycling, and disposal of plastics and plastic waste.”

Ultimately, the plastic waste reckoning envisioned by NAS would signal an end to contemporary plastics manufacturing and management.

And that doesn’t sound very voluntary to me.