Over the past few decades, as the variety of fresh produce in terms of number, form, and quality has increased, the packaging that moves these commodities through the distribution chain has continued to evolve. 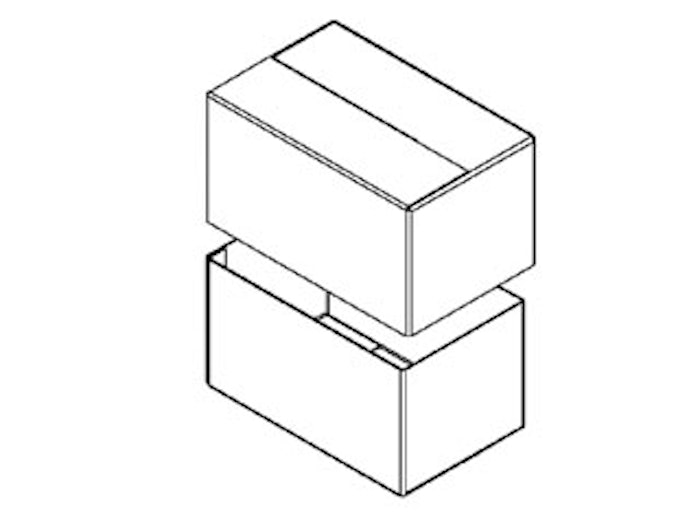 Research conducted recently at Cal Poly evaluated the four styles of boxes shown below. The Kisch FCT was considered as the replacement style for the Telescoping HSC box, and the Single V Kisch Bliss style was considered as the replacement for the Diagonal Corner Bliss box. The Telescoping HSC style box was used as the benchmark, and comparisons were drawn using the compression strengths under standard, refrigerated, and tropical storage conditions as well as the material utilization and lifecycle environmental impacts.

It was also noted that the Telescoping HSC box showed more “deflection” than the three styles with which it was compared. That means there was considerable bulging in the sides and bottom of the Telescoping RSC, which is not a good thing when it comes to shipping fresh produce. Savings in material ranging from 14 to 22% for the three designs tested translated into significant energy savings, relative optimization of natural resources, reductions in green house gas emissions, and relative minimization of waste water and solid waste generated during production compared to the Telescoping HSC style boxes. Overall, the three styles of shippers showed a distinct advantage over the Telescoping HSC shippers in material usage while providing comparable compression strength.

Though the popularity of the Telescoping HSC and Diagonal Corner Bliss style boxes stems from excellent protection and superior stacking strength as compared to slotted boxes, this study shows that the alternate designs can provide adequate or better stacking strength while using considerably less material in their construction.

Worldwide demand for corrugated board has been increasing rapidly. Worldwide corrugated production increased 4.5% between 2006 and 2007 with a production of 42,285 million square meters in 2007. If innovative designs like the ones mentioned here offer substantial material savings and sustainable packaging gains, they should be given serious consideration.

Jay Singh is associate professor and packaging program director at Cal Poly State University. He can be reached at jasingh@calpoly.edu.