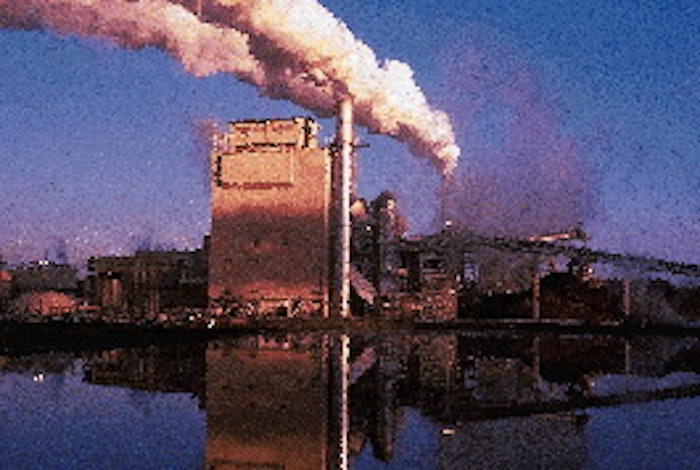 Plumes of steam, a typical byproduct of the papermaking process, are exhausted from Georgia-Pacific?s Crossett, AR, paperboard m

As the nation's 155 bleached pulp mills begin digesting the abysmally technical EPA "cluster" rule-it is only 1겨 pages long, notes a bemused Georgia-Pacific executive-it is the packagers using bleached board who may develop heartburn. One official at Procter & Gamble, Cincinnati, OH, cleared a formal statement for Packaging World through a number of company executives only to have the public relations department quash it at the 11th hour. Besides being a behemoth buyer of paperboard packaging, P&G has its own pulp mill, too. It mostly manufactures products like toilet tissue and paper towels, but it also makes corrugated boxes. Announced in mid-November, the cluster rule is a double whammy of sorts: It requires bleached pulp mills to reduce both air and water emissions. The rule forces mills to get sulfur emissions out of the air and the chlorine out of the water, just to mention two of the many chemicals targeted. The big cost for the mills will be the elimination of elemental chlorine (and substituting chlorine dioxide) in the bleaching process. The "bigfoot" in the bleached board manufacturing arena, according to EPA statistics, is International Paper (Purchase, NY). And it recently acquired Federal Paper Board Co., previously the number two producer of bleached board. IP's share of the bleached board market is 36%. Number two is now Westvaco Corp. (New York, NY) with 13.5%. Tom Jorling, vice president of environmental affairs at International Paper, says his company will spend upwards of $500 million bringing its 13 U.S. bleached paperboard mills into compliance with the cluster rule. Not all 13 mills make paperboard and packaging. Jorling says that the final rule the EPA adopted was not nearly as objectionable-that is to say expensive-as the one the EPA originally proposed. That is the good news. Here is the bad news: "These are the most expensive federal rules ever applied to the pulp industry," says Jorling. Neither the Paperboard Packaging Council nor the American Forest and Paper Assn. has yet crunched any numbers on prospective downstream price increases from the cluster rule. Neither has the EPA, although it has estimated that increases in bleached pulp prices are likely to be between 1.5% and 1.9%. Jorling declines to get pulled into a discussion on how compliance costs will affect paperboard packaging. He says the prospects for packaging costs are "unclear." That same noncommital tack is taken by other industry executives. Bill Fuller, a spokesman for Westvaco, calls the price question "a tough one to answer." Westvaco produces bleached board at a mill in Covington, VA. The company converts solid bleached sulfate into its Printkote(TM) packaging. Fuller explains that the capital costs of converting to elemental-chlorine-free (ECF) technology "will be a consideration in how we price our product." Besides price uncertainty, other questions reflect concern over packaging availability, as some mills close rather than spend the compliance dollars. Quality, too, could be affected as elemental chlorine is eliminated from the board processing. Bleached paperboard packaging producers had been falling like flies even before the announcement of the cluster rule. As mentioned, International Paper acquired Federal. Champion Intl. Corp. (Stamford, CT), the number six supplier, announced last October it is looking for a buyer for its bleached paperboard mill in North Carolina, which produces packaging materials for milk and juice cartons. James River Corp.(Milford, OH), the number seven supplier with Quilt-Rap® and Quik Crisp® microwave packaging, combined with Fort Howard to create Fort James Corp. (Chicago, IL). Georgia-Pacific Corp. (Atlanta, GA), the number five manufacturer, formed a joint venture in 1996 with Gulf States Paper Corp. to market the folding cartons manufactured at the GP plant in Crossett, Arkansas. The EPA did a complicated analysis of how many mills might close as a result of the cluster rule. Unfortunately, you'd have to be a protégé of Albert Einstein to understand the formulas. The other issue is paperboard quality when chlorine dioxide is substituted for elemental chlorine. Don Anderson, a water engineer for the EPA, says a "key assumption" made by the agency is that the substitution of chlorine dioxide "should make no difference in the quality of the bleached paperboard." That may turn out to be true. But assumptions are a long way from facts.

Videos from Georgia-Pacific CorrugatedView all videos 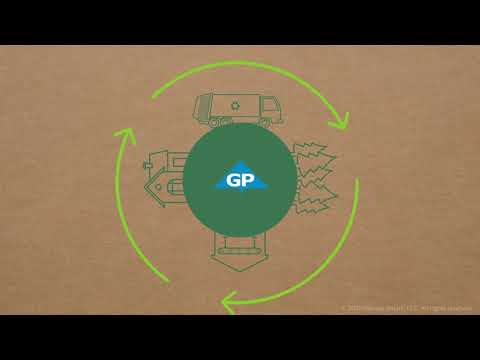 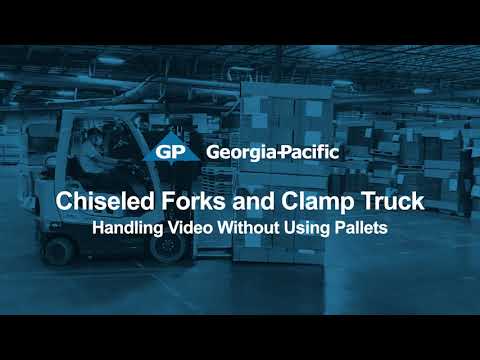