Weighing the impact of self-driving vehicles on logistics

While the debate over the pros and cons of self-driving trucks expands, regulations are likely to play a key role in their potential future use. 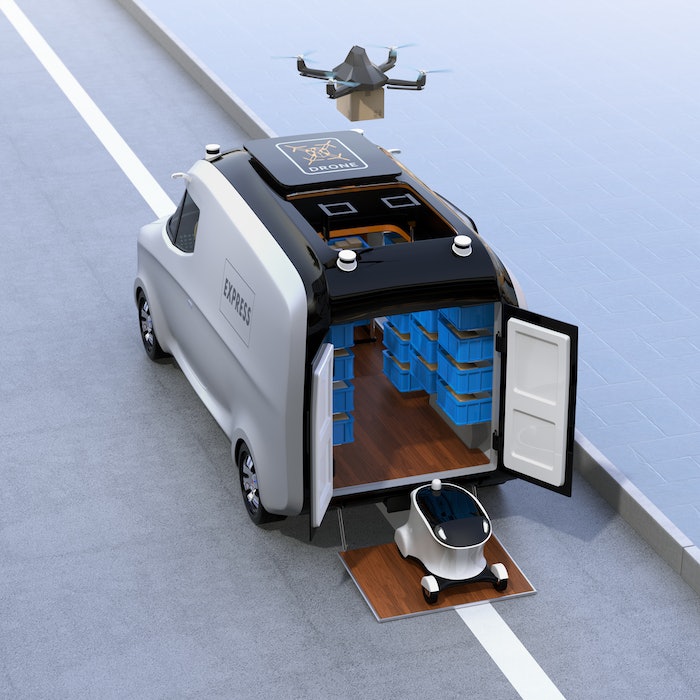 A conceptualized image of a self-driving van with a drone and robot.

The idea of self-driving automobiles continues to capture more widespread media attention. But what about self-driving trucks, or even self-driving forklifts? What impact might such technological automation have on logistics and transportation in the supply chain?

A Sept. 13 USAToday story noted, “A U.S. Senate committee is considering whether legislation dealing with the future of self-driving cars should also pave the way to self-driving trucks, considering the impact such technology could have on millions of workers. The Senate Commerce, Science and Transportation Committee held a hearing Wednesday on automated vehicles focusing on the future of self-driving commercial trucks and 3.5 million commercial truck drivers nationwide.”

The benefits of self-driving commercial trucks, noted the article, could “greatly help reduce traffic fatalities and improve safety.” The story also said, “Deborah A.P Hersman, President and CEO of the National Safety Council and former chairof the National Transportation Safety Board, urged the committee to do what it can to advance safety technology on all motor vehicles, calling the prospect of self-driving commercial vehicles potentially ‘game-changing.’"

The article’s headline, “Self-driving trucks could hurt drivers, Teamsters tell U.S. senator,” pointed to the potential downside of the truck technology in terms of jobs.

The story quoted Troy Clarke, Navistar President and CEO, with this optimistic viewpoint: “Personally, I believe drivers will become more like airline pilots — even more highly trained and skilled than they are today. …For example, an autonomous vehicle may be deployed on a straight highway with mixed vehicles, while the driver sitting in his or her seat is managing the controls and monitoring several platooning trucks, and ensuring the safe and secure operation of the trucks under their care. …Navistar sees autonomous technology as an extension of the safety technology already in place and we believe these greater levels of self-driving technology will help reduce human error, which accounts for approximately 94 percent of all motor vehicle accidents,” he said.

An Aug. 29, 2017 Forbes story, “What Will Happen To All The Driving Jobs? 5 Thoughts on Surviving a Post-Automation Job Market,” said, “Even in stationary logistics, automation threatens jobs. In warehouses, self-driving forklifts may grow ubiquitous. Amazon counts over 45,000 robots in its warehouses.”

Stay tuned as legislation helps “drive” this issue down the road…