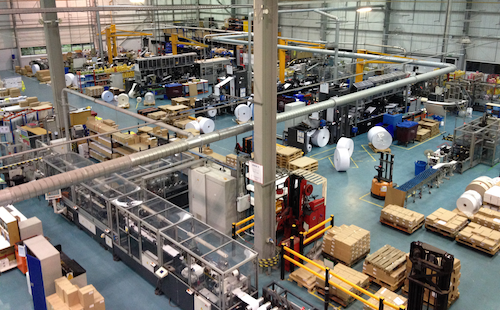 Day one of go live with the upgraded ERP system at Avery’s manufacturing site in Northampton, UK.

The Amazon Effect—in which consumers expect to be able to get exactly what they want, how they want it, when and where they want it—is impacting all reaches of business and manufacturing. Avery’s operations in the UK, France, and Benelux, where the company makes primarily pressure-sensitive adhesive labels, has seen its business shift from selling primarily to wholesalers to shipping and selling more direct to consumers.

This has meant big changes from Avery’s traditional pallet-based shipments. No longer does the labeling company sell only large multi-packs to wholesalers, who in turn sell to dealers, who then sell to consumers—more and more, Avery is shipping directly to the customer. It’s a change that was a fundamental strain on its existing enterprise resource planning (ERP) system. Although the company was generally happy with the old system it had in place, last year they decided it was time to talk with QAD about an upgrade.

“It was extraordinarily resilient. But it had been installed in 2001, had heavy customization, not many updates, and the customizations we had didn’t allow us to transition from that big box pallet model to third-party wholesalers and contract stationers,” says Sean Flanagan, operations director for Avery’s UK and France operations. “The more we were wanting to deliver direct to dealer or consumer, the more the system was tripping us up.” 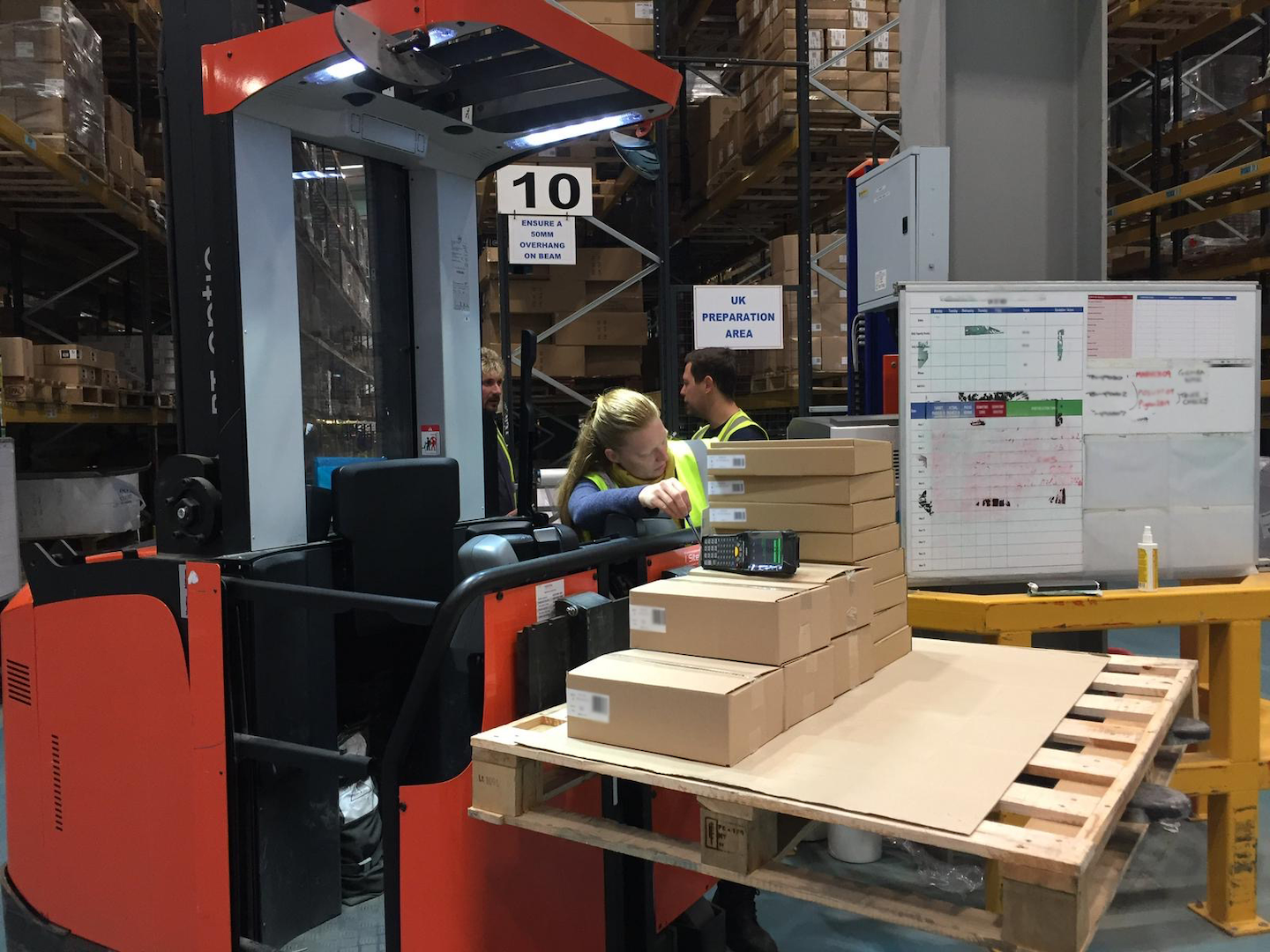 Avery dispatches its first shipment after completing the picking process with the new QAD capabilities.One of the biggest issues that the heavy customization of the previous ERP system caused was that the system had been designed to pick single quantities—the outer packages that typically go to wholesalers. “In our foundation business—that’s still important to us, by the way—we might make five or 10 boxes of labels, and then we would package them in an outer box. That outer box would be sold to a wholesaler or contract stationer, and then that wholesaler would break down the box and sell it to dealers in smaller packages,” Flanagan explains. Avery’s new business model, however, needed to be much more dynamic in the way it operates shipping and logistics. “We wanted to be able to ship in single packs and multiple packs, and it was difficult to get our old system to do that.”

Avery’s previous ERP linked to a number of other systems within the business. The finance package was completely separate, which created problems, Flanagan says. A separate planning model also created issues with continuity across the enterprise. “All planning in operations was done via an Excel planning model that had no interaction with stock and materials availability and finished goods availability,” he explains.

QAD Adaptive ERP, based in the cloud, was able to bring all these disparate systems together to help Avery get better visibility across its operations. Designed specifically for manufacturing, it supports industry-specific business processes and flexible deployment options. It moved Avery away from spreadsheets that were not well understood by employees to process maps with training embedded into the system, says Peter Jones, business consultant for QAD who’s been working with Avery in the UK, Australia, and continental Europe for about eight years. “Any small tweaks can be done fairly easily and are built into those process maps,” he adds. “Training records are built into it. Statements of work in procedures are built into it. This helps with implementation and the training of people.” 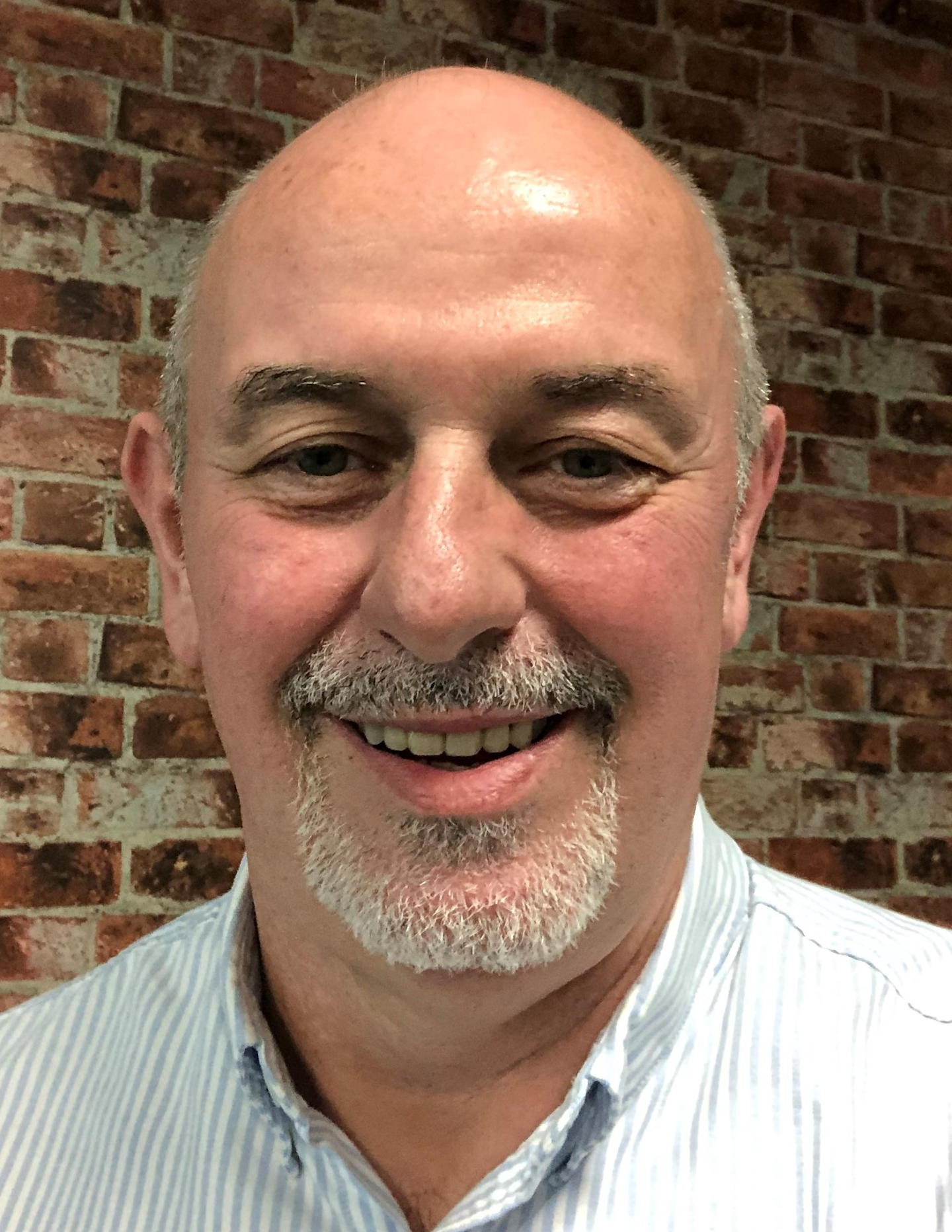 Sean Flanagan, operations director for Avery’s UK and France operationsThe really big win from Flanagan’s perspective was the ability to use planning systems through QAD. “That changed our world because our planner has now got total visibility of raw materials and a link to raw materials and also to finished goods,” he says. “We had a planner who spent almost eight hours a day planning. Now our planner spends just two hours a day planning and then is doing lots of more strategic work for the rest of the day. That’s really been a huge, huge change to us.”

With the freed up hours, Avery’s planner has been able to spend more time optimizing the production capacity, adding different pieces of equipment into the plant that would’ve been difficult to do with the old Excel model. “The world for us has become much more dynamic,” Flanagan says. “We’re adding new equipment every couple of months now. That was incredibly difficult to include in our old planning system. And now we’re able to do that.”

The previous ERP model was also very dependent on a third party. “That hurt us quite a lot. If we wanted to add customers, we were completely dependent on something outside; a link with other systems,” Flanagan says. “The beauty of what we’ve got now is we’ve eliminated a number of alternative systems—paper or Excel-based systems—whether that be labeling, planning, shipping. More or less, all that has come under the umbrella of QAD, which includes finance… Now we’re all on QAD and that links throughout the whole process, where the warehouse automated solutions product talks directly to finance rather than going through interfaces that we have to manually set up.”

Benefits (and trepidation) around the cloud

Flanagan does not consider himself a pioneer in any way, and he was very reluctant to take Avery’s ERP system into the cloud. “I was 100% against it,” he says. “I really had serious doubts—about connectivity, about ownership. Our old system, despite its restrictions, was robust and it served us well.”

Nonetheless, Avery has been taking its ERP move to the cloud slowly, Flanagan says, avoiding any intrusive customizations, but he’s happy with what he’s seen so far. Reliability has been a big benefit, he says, but he expects bigger benefits to come as they expand further into the cloud’s capabilities. “I think the longer-term benefits of the cloud is still to come for us,” he says. “As we talk about upgrades and changes, they should be a lot simpler than they would’ve been if we had been on premise.”

One of the reasons Avery decided to move to the new ERP system was because of an issue that might sound familiar to manufacturers in all industries—a retiring workforce and difficulty finding skilled workers. “We had one person based in Paris who wished to retire, and only goodwill kept him in the company,” Flanagan describes. “He used to do all our customizations, all our configurations. We were very dependent on one person.”

Not only has that situation gone away, but the region has reduced its system support from the team of five it had four years ago to just a team of one dedicated to the system. “What has been a great help to us is the process owners have become the systems experts,” Flanagan says, explaining that the various managers of production, e-commerce, etc., have been able to become highly skilled in using the QAD system. “We’ve devolved what was an external system expertise largely to the operational team.”

Putting ERP into the cloud makes it easier to deploy, scale, and secure. “We showed them that the cloud meant it took away the need for them to have people employed full time,” Jones says. For a company like Avery with a limited IT department, it can be difficult to manage the growing complexity and functionality of today’s ERP system. Now, with Avery’s ERP in the cloud, “QAD is offering back-office support, monitoring performance, doing patches, upgrades—it’s all looked after by QAD.”

This saves the investment that Avery requires for IT personnel, but it also saves the capital needed to invest in other assets, notes Acyr Borges, QAD’s vice president of packaging, commenting on the scalability of ERP in the cloud as well as the agility to make changes.

The cloud-based system also gives Avery the “agility and fleetness of foot” it needs to move forward, Flanagan says, noting the manufacturer’s plans to grow and evolve its ERP system to provide even more capabilities. “You sort of don’t know what you don’t know until it’s in front of you. But what I think we’ve got now is a solution that we’re growing in confidence with that will allow us to be able to control our supplies, control our raw material storage, control our planning, control our finished goods storage and shipments—and allow us to be flexible in the new consumer world.”

QAD has been in continued talks with Avery about its next stages of upgrades. The new system and its basis in the cloud will make those changes easier. “It’s now small, incremental changes rather than a huge change,” Jones says. “We now look after those changes and can do them in an incremental fashion.”

Five Considerations for Preventing Product Damage Prior to Launch

Preparing your package for its journey to the end consumer involves many considerations.
Eric Hiser
Sep 24th, 2020

In a USA Today article, Amazon reveals inspiration came from the well-known fact that kids and cats often like to play with the box things come in.
Jim Chrzan
Jul 23rd, 2020

Flexo-Quality Print on Recycled Board Spruces Up CBD Shipper

With the COVID-19 lockdown, U.K. craft soda company Dalston’s unveils new shippers for its growing online sales that pay homage to its music roots, while introducing new consumers to the brands’ values and personality.
Anne Marie Mohan
May 13th, 2020
More in E-commerce