The rapid expansion of pet store chains and specialty pet food products is ample evidence that pet food is a growing category. What's yet to grow is pet food packaging, though Solid Gold Holistic Animal Healthcare may be in the process of changing that. 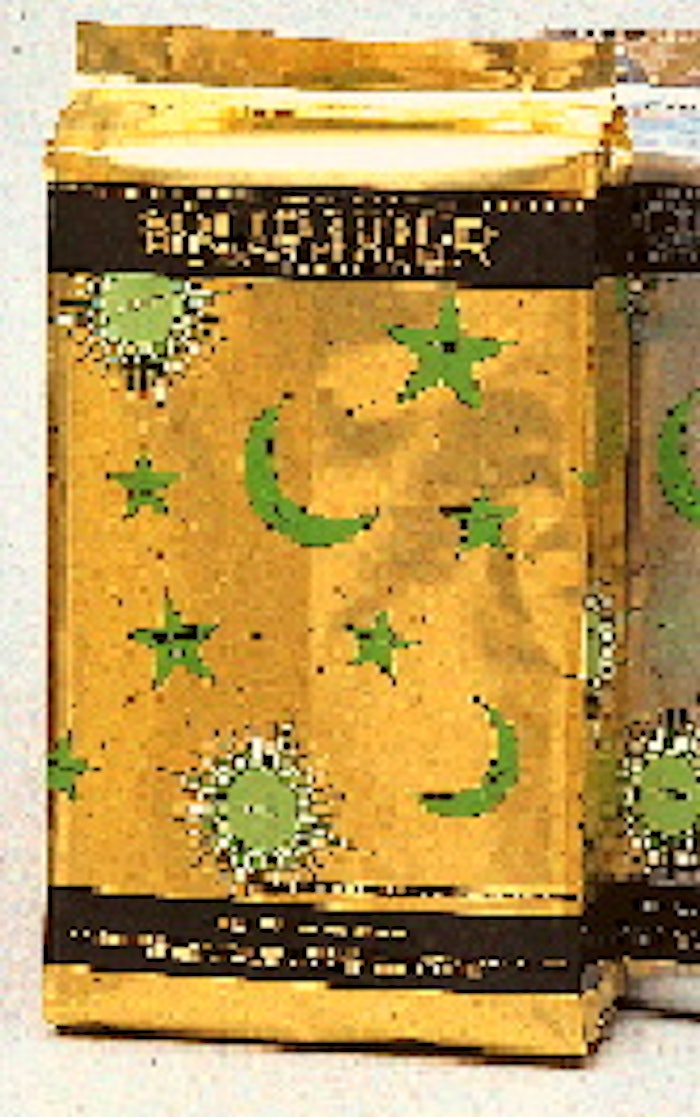 For 25 years, the El Cajon, CA-based company has sold its pancake-like Hund-N-Flocken (that's German for "dog food flakes") in a multi-wall paper bag. "We had the first natural dog food in the U.S.," says Sissy Harrington-McGill, president of Solid Gold, who based the natural, low-preservative recipe on pet foods found in Germany. But because of the lack of preservatives, "the disadvantage of our food is a short, three-month shelf life," says McGill. In January of this year, the company began using a high-barrier package, which McGill had seen advertised in a pet magazine, for its 40-lb bags of dog food. Fres-Co System USA (Telford, PA) supplies the material, a four-ply proprietary lamination called Fres-Pet(TM) whose foil component is a good barrier to oxygen. In addition, Fres-Co ran extensive palatability tests to ensure that the material didn't interfere with the flavor or aroma of the pet food. "Now [our package] has a three-month shelf life from the time it's opened," says McGill. "Unopened, it's indefinite." Fres-Co sends preformed bags to an unspecified contract packager. Bags are semi-automatically filled and then hermetically sealed using Fres-Co's FSU-101 heat sealer, at rates to 15/ min. As much as McGill appreciates the new package, she admits it costs about three times as much as the bag it replaced. That may require an increase in the selling price at retail, though another possibility that Fres-Co is working on is a thinner stucture that wouldn't carry such an upcharge. The product is sold internationally with a suggested retail price of $36.50.