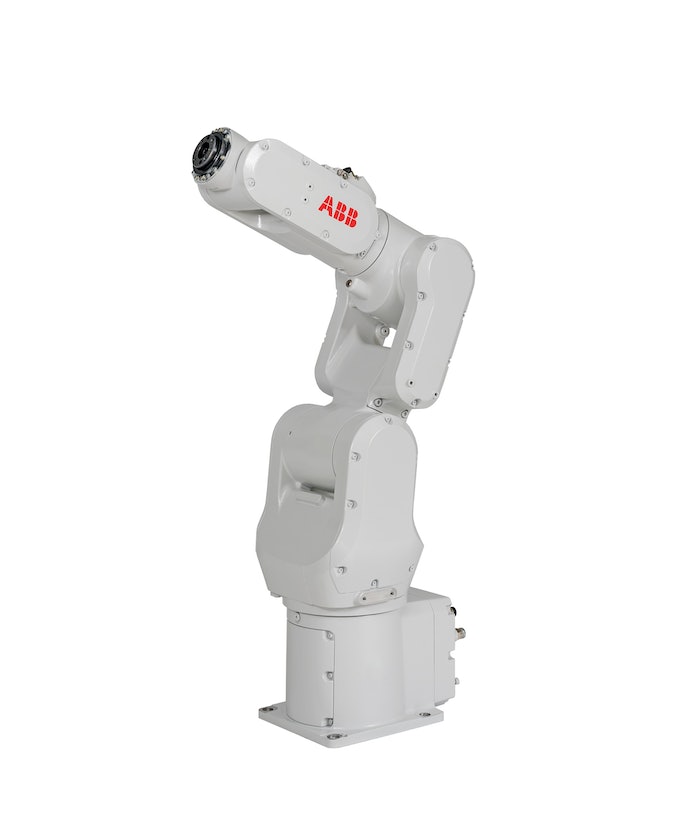 Flexibility is another important small parts assembly consideration, as manufacturers need to increasingly accommodate smaller lots of greater variety in much shorter product cycles. The IRB 1100 has a 10% smaller footprint and a 20% lighter, slim body compared to previous robot generations that can flexibly be deployed in confined spaces and into existing automation lines. In addition to improving production space flexibility, the IRB 1100 allows more flexible handling for heavy-load operations with complex tools or end effectors.

“Manufacturers today need to squeeze every drop of value out of their factories – from their automation systems and even their floor space. The IRB 1100 is designed to support both these imperatives and create opportunities to maximize the efficiency of every single centimeter of production,” said Per Vegard Nerseth, Managing Director of Robotics at ABB. “This is ABB’s most compact and lightweight robot ever, and a great addition to our small parts assembly solutions portfolio.”

The IRB 1100 is also among the first of a new era of robots built around ABB’s new flexible design approach, which will help introduce a wider variety of robot sizes and variants that can be combined into tailored solutions. IRB 1100 will be certified for cleanroom applications in the future and is available in two variants – one with a 4kg payload with 475 mm reach, and one with a 4 kg payload and580mm reach.

Availability
The IRB 1100 is expected to be available for order in December, 2018.