The company invested much time and money over the past few years, gradually coming up with solutions one-by-one. R&D/Leverage filed its 15th IBM related patent this year, as the innovative solutions keep evolving to make a better injection blow tooling system.

“The reason we became so interested in improving the IBM tooling is that when we got into the IBM tooling business we recognized there were many problems inherent in the traditional design that were not conducive to cost-effective manufacturing and productivity that today’s injection blow molders need to be competitive in their markets. Because of these design problems in IBM, especially for the start-up of the run, it was very labor intensive,” says Jeff Chen, Director of Research & Simulation at R&D/Leverage. “Now, after much research, development and testing we have a proven IBM tool that really works.”

Some of the problems inherent in a conventionally-designed injection blow mold tool that the Liberty IBM System solves are:

• Minimizes thermal expansion induced wear at the nozzle tip and gate area, which also eliminates frequent replacement of the nozzle

• A high degree of manifold balance can be easily achieved

• Minimize temperature bleed over between neck insert and cavity

Bruce Wardlow, Director of Product Development, states, “We’ve had great success with our expertise in the injection stretch blow process – we took a more scientific approach to designing a preform for that process. So we took our scientific approach in injection stretch blow and converted it to innovating tooling for the injection blow process to resolve the inherent issues in the IBM tooling, perform root cause analysis, and develop new technologies to solve these problems.”

The responsibility to make the product easy to process is with the person designing the preform, and the key to their being able to that is in applying consistent standards to the preform and tool design, which the technician processes under strict guidelines during single cavity development. This way the molder can ensure going into production without delays.

Wardlow explains that there are several attributes in the Liberty IBM System design to help it perform optimally. One of those is the temperature spread we can achieve between the neck insert, which contains the threads for the cap, and the shoulder of the bottle. “In a Traditional tool, a process technician might think the shoulder temperature is running at a 250 degree set point and the neck is running at an 80 degree set point, for example,” said Wardlow. “However there is so much temperature bleed in the shoulder, between the shoulder and neck insert, whereas in reality you’re not running either one because of the temperature bleed.”

“Through thermal isolation in our Liberty IBM System, we can achieve appropriate process temperatures without having to excessively run the thermolator only toachieve a lesser result,” Wardlow adds. “With superior isolation in those areas you can achieve appropriate temperatures easier and without as much strain on you equipment. A thermolator is expensive to operate and requires a lot of maintenance, so the Liberty IBM System reduces maintenance costs”.

R&D/Leverage currently has 16 Liberty IBM Systems running in the field with cavitation as high as 38 cavities. “The higher cavitation tools will have the highest return for our customers based on ease of start-up and tool maintenance,” comments Wardlow.

Another benefit of the Liberty IBM System is that it helps with the skills gap. “By making the tool more predictable, a process technician with less experience can run the system,” said Wardlow. “A lot of advancements have been made in IBM machines and bottles, but few advancements in the preform/tooling technology, as we discovered when we began researching patents. We’re very proud of the technology advancements we’ve made in IBM tooling.” 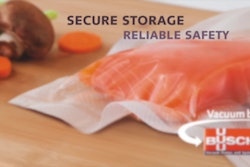 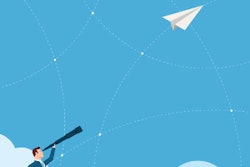 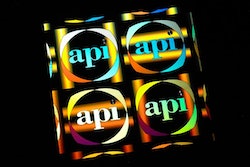 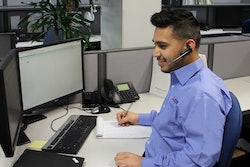