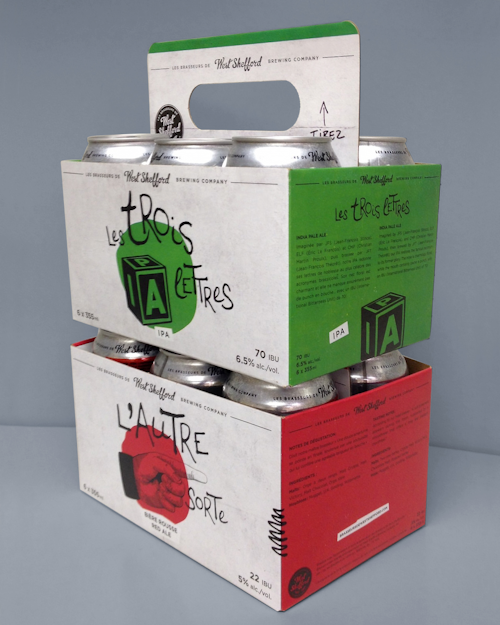 An innovative six-pack carrier carton with a retractable handle from PaperWorks Industries Inc. is being used by a Canadian brewer to help draw attention to its line of craft beers. The disruptive design was honored recently with a Judges’ Award from the Paperboard Packaging Council.

Les Brasseurs of West Shefford Brewing Company in Bromont, Quebec, decided to depart from the glass bottles used by most craft brewers and market its line in aluminum cans. The objective was to provide consumers with easily portable craft brews that could be enjoyed in traditional locations as well as activities and venues where glass was not desirable.

Because the six-pack carrier would be subjected to a wet brewery environment, it was also important that the paperboard selected would not fail in high-moisture conditions. Additionally, traditional, one-piece beer bottle cartons would not work since the fixed handle prevents stacking on pallets or at retail.

To meet the brewer’s objectives, PaperWorks designers developed a two-piece carton—an auto-bottom base and a separate die-cut handle—made from 26-point solid unbleached sulfate. The carton base which holds the 12-oz. (355-ml) beer cans is easily erected by pulling open the previously glued and die-cut structure, allowing the base and the can partitions to fall into position.

The die-cut handle blank is folded onto itself to create a double thickness for additional stability. The handle assembly features tabs at the bottom which slide into channels located on both sides of the carton interior. The “center of the side panel” location of the channel, allows the handle to slide up and down vertically, once the tabs are slid in place behind sidewall flaps.

Both the structural design and the caliper thickness provide the performance strength required to lift the six pack with the carrying handle. The handle’s ability to slide back down into the middle of the carton also delivers the stacking attributes that the company desired. Additionally, the separate handle gives the company flexibility to alter promotional messaging without having to also reproduce the carton.

When presenting PaperWorks with the Judges’ Award for this package, the Paperboard Packaging Council summarized: “A masterful design, this carrier is a testament to the outstanding solutions that emerge when creative design acumen meets the unmatched structural versatility of paperboard.”

Videos from PaperWorks IndustriesView all videos 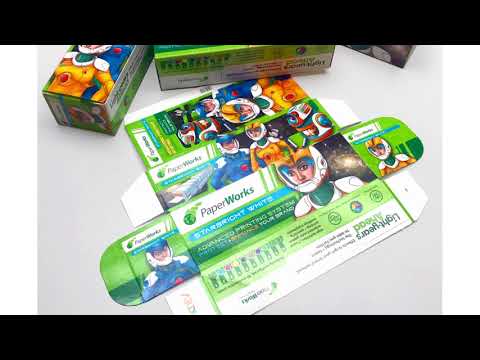 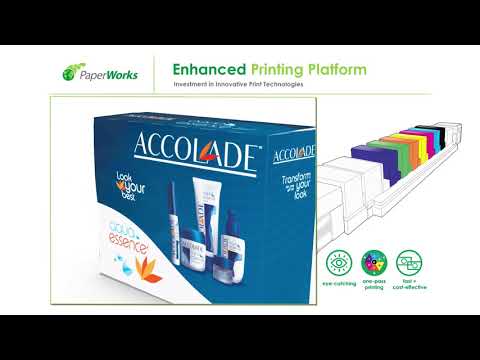 Retail-ready and flexible packaging demand is growing, and pouches and bags are expected to grow in milk packaging use.
Kim Overstreet
Mar 20th, 2020

Special UnPACKED with PMMI podcast series offers candid insight from a global OEM supplier on surviving in a world that changes from day to day.
Sean Riley
Mar 19th, 2020

PACK EXPO East: From the Floor