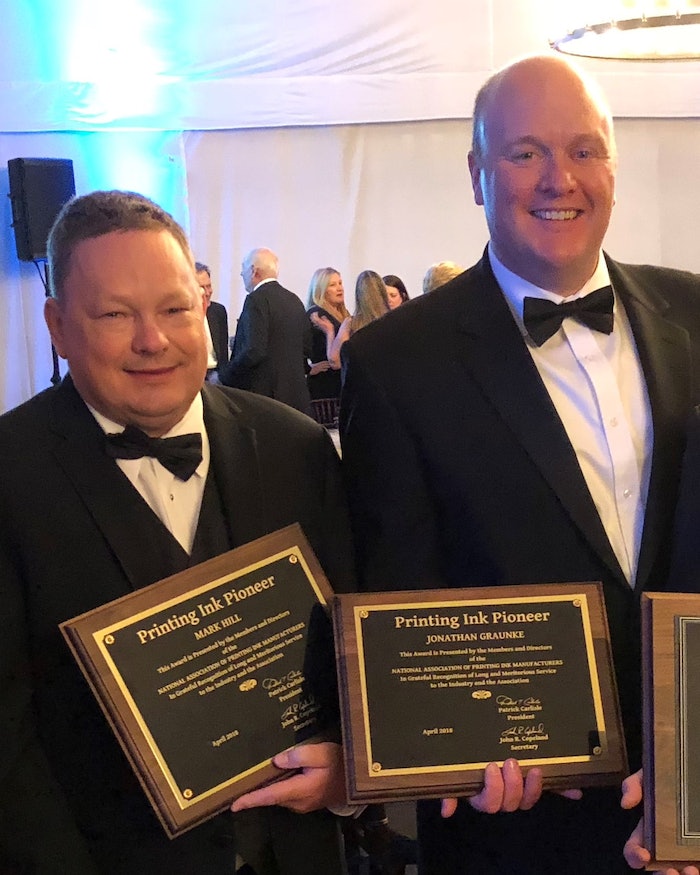 Hill’s new job returns him to INX’s Research & Development facility in West Chicago, IL. Most recently the Vice President of Liquid Technology and Assistant Research & Development Director, he also served as General Manager of the Appleton, WI, facility from 2012 to April 2017. Hill’s first job in the industry was with Acme Printing Ink in Appleton in 1991.

Graunke joined INX in 1992, six months before completing his college studies. Well respected by his peers at INX and throughout the industry, he was honored in 2010 with a NPIRI Technical Achievement award. The next year, Graunke was promoted to Vice President of R&D, Director of Energy Curable Systems.