All the signs were that the SICK Group would continue growing during the 2017 fiscal year. Orders received exceeded those of 2016 by 10.3 percent; sales by 11.0 percent. Earnings before interest and taxes (EBIT) rose by 0.6 percent, influenced by the enormous investments in stock business and in new business models for Industry 4.0. The number of employees worldwide grew by 9.5 percent. (See a video of SICK's annual report.)

The continuous good development during the entire course of the year was due to increased demand resulting from economic growth worldwide as well as the introduction of new products and system solutions. Total orders received amounted to EUR 1,542.8 m. by the end of the reporting period – an increase of 10.3 percent compared to 2016. Sales rose by 11.0 percent to EUR 1,511.6 m. Both are record values. “Our growth in the 2017 fiscal year was also based on a broad foundation, thanks to our solid competitive position worldwide. In addition to our presence in established markets, sales activities in the world’s growth regions were the main contributor to the increased sales,” explained Markus Vatter, Director of Finances, Controlling & IT, SICK AG, on publication of the balance sheet figures. “We thus considerably exceeded our forecast of medium to high single-digit percentage growth in sales in 2017 – despite the considerable negative effects of exchange rates.”

Growth in sales at a high level, though with regional differences

The continuing high demand for intelligent sensor solutions to increase productivity in factory and logistic processes, as well as workflows, could be felt worldwide – though not at the same level everywhere. In the domestic market in Germany, in which SICK achieved more than 20 percent of its sales, business grew in factory and logistics automation, in particular. Process automation, on the other hand, remained slightly below expectations because investments by customers in the oil and gas industry were restrained. In Europe, as well as in the Middle East and Africa (EMEA), growth was also driven by factory and logistics automation. In general, the reduced value of the British pound due to the UK’s upcoming exit from the EU and the decline in the value of the Turkish lira resulted in slower growth in the region. The situation in North, Central and South America was similar: Here sales also grew most strongly in factory and logistics automation. Restrained sales in South America, and the exchange rate of the US dollar, however, had a negative effect on growth. By contrast, Asia proved to be the major growth region: While sales in all the other regions increased by just below nine percent, growth of almost 18 percent here was nearly twice as strong. The volume of business rose significantly in China, in particular, where the electronics and solar industries, as well as the automotive sector, made the main contributions. Process automation was also an important driver of growth here because of continued heavy investment in emission measurement technology for power stations, as well as waste and recycling plants.

Profitability – despite enormous expenditure to secure the company’s future

Overall, the main areas of cost during the 2017 fiscal year grew slightly more strongly than sales, particularly regarding personnel costs and other operating outgoings. These form an important basis for securing the company’s future in the context of digitalization and Industry 4.0, and represent the strategy the company is following to balance short-term earnings with long-term technological security. Earnings before interest and taxes (EBIT) therefore only rose 0.6 percent compared to the previous year – to EUR 148.8 m. The EBIT margin in relation to sales consequently fell to 9.9 percent (following 10.9 percent in 2016), but is still at a very solid level, particularly given that the value achieved in 2016 was greatly influenced by certain specific effects. Group profits amounted to EUR 104.3 m. after deduction of taxes. This represents an increase of 0.3 percent compared to the previous year. As a result, net profits on sales of 6.9 percent only just failed to reach the previous year’s level of 7.6 percent.

Activities in research and development consistently aligned upon Industry 4.0

The R&D activities of the last fiscal year reflect the company’s ambition to maintain its top position among sensor producers worldwide in response to the rapid changes in the market triggered by digitalization and Industry 4.0. This applies both for SICK’s core business in industrial automation as well as for its role as an important data provider in the intelligent factory. R&D expenditures were therefore further intensified and, at EUR 169.4 m., were 18.1 percent higher than in 2016. This corresponds to 11.2 percent of sales (2016: 10.5 percent). 1,114 employees – an increase of 10.7 percent compared to the previous year – contributed towards converting innovative ideas to marketable products, systems and services. New jobs were mainly created at German R&D sites. The focus was on developing complete sensor packages for the navigation and safeguarding of automated guided vehicles, a market segment that is currently growing strongly. The development of digital business models, and especially the SICK AppSpace (the platform for individual sensor programming with cloud connection), was also driven forward.

The workforce continues to grow worldwide

A total of 8,809 personnel were employed in the SICK Group worldwide on 31 December 2017 (a year-on-year increase of 9.5 percent). This enhancement of capacity mainly took place in the areas of research and development, production, and the worldwide sales and service organization. 5,224 employees were active in Germany (+10.2 percent compared to the previous year). The workforce grew by 4.1 percent outside Germany, totaling 3,585 employees. The amount spent on training and further education increased by 14.2 percent to EUR 11.8 m. (previous year: EUR 10.3 m.).

Comparable growth in sales expected in 2018

The first quarter of 2018 proved very positive for SICK: Both sales and orders received grew further. The forecast for this fiscal year is therefore optimistic: “The economic conditions point to an overheating of the market. At the same time, political developments are becoming less predictable. Nevertheless, we are aiming for new records in 2018. We will further increase our expenditure on R&D in order to simultaneously expand our stock portfolio and data-based solutions for Industry 4.0. We have founded Start-Up Initiatives within the Group alliance to develop new digital business models and exploit the opportunities of Industry 4.0. We expect single-digit percentage growth in sales in 2018,” according to Dr. Robert Bauer, Chairman of the Executive Board of SICK AG

Videos from SICK, Inc.View all videos 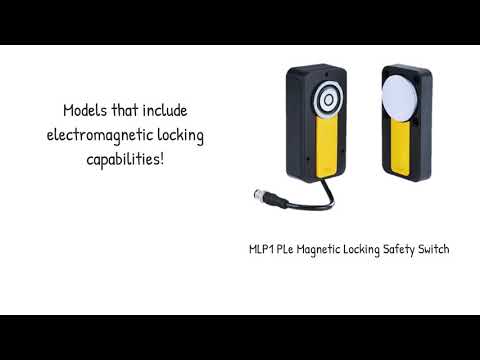 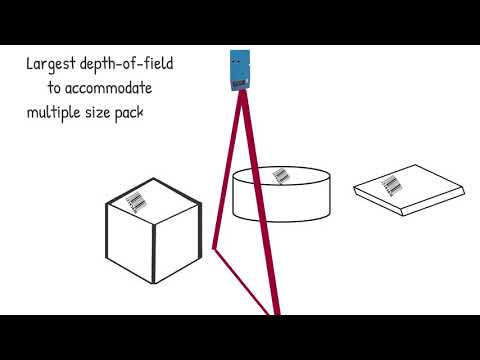 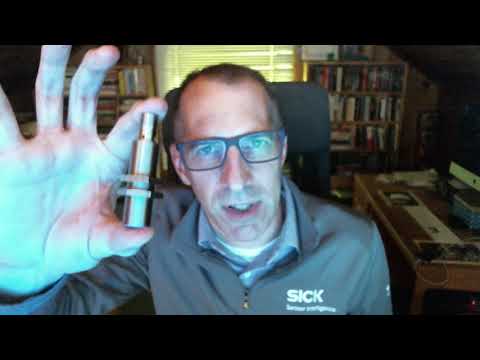 How Do You Stack up? Watch (Less than Five Minutes) Video with Jane Chase of IoPP and Packaging World’s Matt Reynolds.
Dec 1st, 2020