The subsidiary’s current president, Graham Harris, will assume a regional management role as part of a planned transition from the leadership role he has held since 2003.

As president, Banda will direct all operations at the headquarters in Savage including administration, sales and marketing, customer service, and technical services/support. The Savage facility also houses a repair and modification center, customer training area, and the main warehouse for Beckhoff North America.

Hans Beckhoff, founder and Managing Director of Verl, Germany-based Beckhoff Automation GmbH, reflected on the momentous occasion, saying: “Beckhoff Automation has seen tremendousbusiness development and yearly revenue increases in North America under the leadership of Graham Harris. He oversaw the continuous expansion of the company in all areas for over a decade, and grew the subsidiary’s revenue from $5 million in 2003 by more than 20% each year on average to a projected $60 million by the end of fiscal year 2014. I thank Graham Harris for his proven track record of success and dedication to serving the machine builders and manufacturers of North America.”

As Banda wraps up his current role as Vice President of Sales and Marketing, North America, the Beckhoff subsidiary is expected to hit its sales target under his guidance. Hans Beckhoff continues: “Aurelio Banda, the new president of Beckhoff Automation LLC, is a well-known automation expert who is well-equipped to continue the positive business development we have grown accustomed to in North America.”

Hans Beckhoff’s positive outlook on the North American automation market has led him to expect the regional subsidiary to increase its growth by continuing to promote the company’s “New Automation Technology” philosophy, based on PC Control, TwinCAT automation software, a comprehensive portfolio I/O solutions, and high performance motor and drive technologies.

Summarizing over a decade of leadership, Graham Harris stated, “After 11 exciting years serving as president of Beckhoff North America, I will transition into a regional management role based in the southeast U.S. In my new, regionally-focused role, I look forward to continue promoting the most advanced automation technologies in the industry while collaborating with a highly-skilled team of colleagues and innovative customers.”

Numerous milestones in a history of success in automation technology and business signal a strong future for Beckhoff North America. “I am honored by this opportunity to lead Beckhoff’s North American business, and I see even brighter developments in our future,” Banda, the subsidiary’s incoming president, added. “Since the company’s inception, Beckhoff Automation has led the convergence of automation technology (AT) and IT standards, resulting in great success for customers who embrace PC-based control as their foundation. Today this has only accelerated, with the full integration of computer science programming standards in TwinCAT 3 automation software, and with full support of OPC UA as the communications standard for Industry 4.0 and the Internet of Things. This creates unique competitive advantages for our North American customers.” 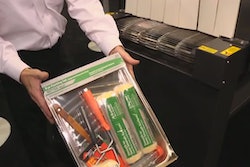 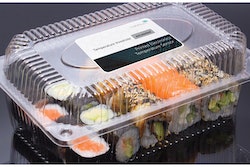 Putting the power of printed electronics in packaging