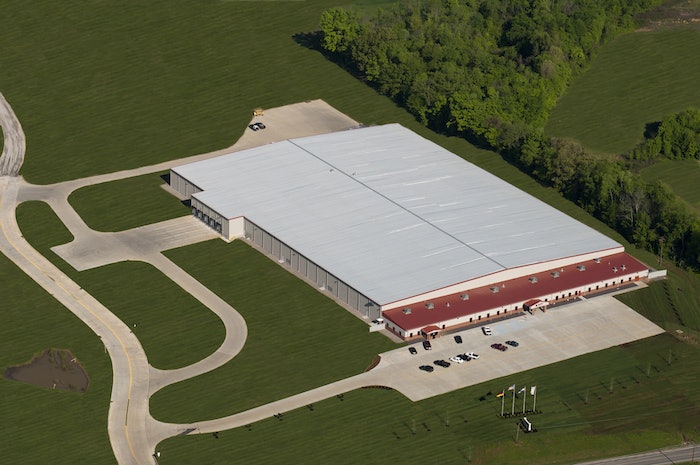 NORDENIA USA's new 17,000-sq.-meter Hubble Creek building in Jackson, MO, was officially inaugurated on Wednesday, June 27, to function as a Center of Competence for pre-made packaging. Earlier this year year, the plant installed a new Totani bag making machine; new production lines and printing presses are to follow. The entire investment, including the new machine, totals € 3.5 million. (The building is leased). In the medium term, the expansion of the capacities is expected to create more than 50 new positions. As a result, NORDENIA USA Jackson now operates two plants in North America, Hubble Creek and Indian Creek, both of which are located in Missouri.

"By building the plant, we are creating the vital basis for future growth,” says Reinhold Franke, Managing Director at NORDENIA USA Jackson. "At the same time, we will be centralizing pre-made packaging, which is a very important branch of our business,” Franke emphasizes.

"The expansion of our American site is a central element of our Group strategy,” highlights Ralph Landwehr, Chairman of the Executive Board and CEO of NORDENIA INTERNATIONAL AG. In addition to focusing particularly on the growth markets in Asia, it is therefore of great importance to invest in North America. "The new North American plant will enable us to increase our flexibility with regard to our customers and will strengthen our competitive position,” CEO Landwehr says.

Strategically, NORDENIA is focusing on the markets in North America, Asia, Germany, and Eastern Europe in particular.

The site, which has the second-highest sales in the NORDENIA Group, generates about 45% of its sales with products for the Hygiene endmarket and 25%, in each case, with products for the Food and the Petcare & Garden Products endmarkets. The most important products are elastic diaper components, for which the NORDENIA Group is the global market leader, FlexZiBox, bags with four sealed edges, NorDiBag flexible packaging, and stand-up pouches. NORDENIA USA's customers include the world's leading consumer goods manufacturers. The new plant will focus on flexible packaging for the Food and Petcare & Garden endmarkets.

The Hubble Creek plant, which is named after the small creek that runs behind the building, offers permanent space for 4-6 additional bag lines.  The new building, which currently houses 95 employees, is located 16 kilometers from the Indian Creek main plant.

NORDENIA USA manufactures flexible packaging using blown film technology in the co-extrusion and lamination processes. NORDENIA USA started its operations in 1989 as a producer of diaper components, and has grownto produce a wide range of high-quality flexible packaging that can be equipped with numerous features, such as sliders, zippers, handles, spouts, or special functions for microwave packaging.