Measuring bumps in the road to China

Data collection devices mounted on trucks in China starting in August 2004 are already drawing interest from major U.S. packaged goods companies. Here’s a look at the results and implications of the original China Project. 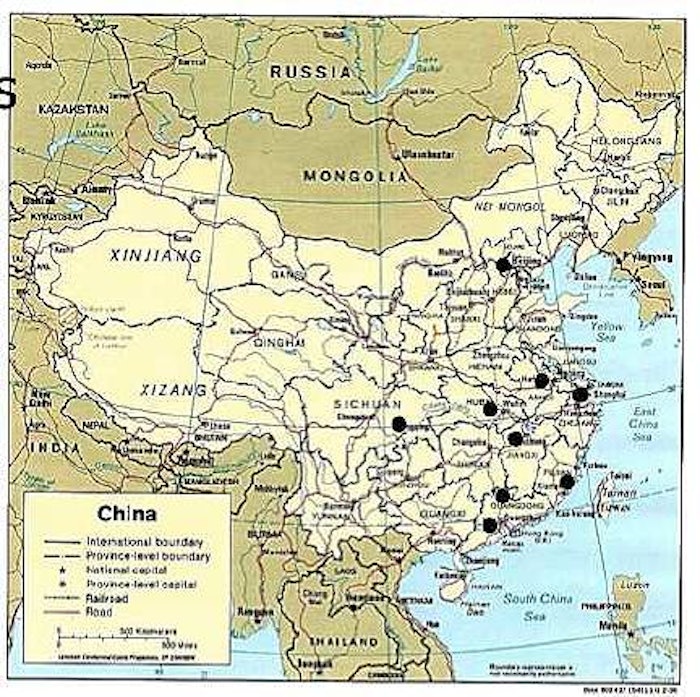 Developing markets in Southeast Asia present a golden opportunity for packaged goods manufacturers. That’s if they can hurdle barriers including a major one at the end of the road, so to speak: aging or inadequate infrastructure such as primitive roads. That’s the literal foundation of a challenging supply chain distribution network.

While U.S. packaged goods could arrive perfectly intact at China dockside, they then have to hurdle China’s infrastructure, built on a foundation where only 25% of its roads are paved. The rest are gravel--if you’re lucky--or dirt.

In cooperation with an arm of the Chinese government, Lansmont Corp. began using its new SAVER3X devices data recorders in August to quantify those challenges.

This new study, as was reported in an article in Packaging World’s December 2004 issue, blazes a trail different than the pioneering work done in the “China Project.” That study, which ran from 1999 through 2003, first revealed in a quantifiable way the challenges of distribution throughout China. The study also included data collected by SAVER shock-and-vibration recorders from Lansmont. After a one-year embargo on the details on behalf of the sponsoring companies (Dell, Hewlett-Packard, IBM, Johnson & Johnson, Kodak, and Intel), the results of the China Project report were presented last year at the Dimensions.04 conference by Terry Baird of Hewlett-Packard and Dennis Young, a senior consultant with Dennis Young & Associates. The conference is sponsored by the International Safe Transit Association and the Institute of Packaging Professionals.

That first distribution study in China concluded that the transportation infrastructure was somewhat lacking, although there were signs of tremendous growth and development. Other conclusions:

Young spoke with Packaging Insights on the results and implications of the earlier China Study. “Nothing like this had ever been done before,” says Young, “which is why we did it.”

“Here in the United States there are many people who design packaging everyday who don’t go into the warehouses or see how things really are handled, much less on the other side of the world. It’s an eye-opening experience. Things we take for granted, things we think we know that apply domestically don’t apply in the rest of the world.”

“In the U.S., we produce a lot of unit loads to load and unload trucks quickly,” Young continues. “That’s not necessarily how it is done elsewhere.

“In China, a lot of loads are broken down from unit loads and loaded directly into vehicles. Then at the destination they are unloaded as individual containers and remade into unit loads.

“From our perspective, that’s extraordinarily inefficient, but they don’t see it that way.

“Nearly everything gets handled [roughly] like that there, while that’s the minority of how things are handled stateside.

“It’s a very challenging environment, but things will improve. China is radically changing that environment now, and by 2008, China will have more interstate expressways than the U.S.”

If goods are damaged at that last critical link in this Fareast side of the supply chain, the packaged goods manufacturer has to “eat the damage,” says Lansmont’s Joneson. That may depend on the arrangement with the packager’s distribution company if done by a separate organization, Young points out.

There’s great interest in Lansmont’s new study from U.S.-based companies that view China as a key location for manufacturing and outsourcing, according to Joneson. He says the new study is critical to truly understand the hazards presented by the distribution environment as packaging efforts and distribution concerns shift to China, India and throughout Southeast Asia.

“Studies like this provide a better way to understand those hazards and to react to them by designing better packaging,” Joneson says. “In some cases it might mean more efficient packaging, in others it may mean more packaging. Companies need to react and design packaging that will perform here and eliminate damage issues associated with shipping to those countries.

“The goal is that through testing, packaging will be developed that will perform within China,” says Joneson, “and someday be able to eliminate damage.”

A similar test planned for India will be directed by Michigan State University’s Dr. Paul Singh.