Alternatives for compact disc packaging come and go, yet the jewelbox has remained the popular choice among recording companies. With the development of a new CD package called Laserfile® and some help from a publishing company called College Media Journal (CMJ), that could soon change.

Released this past September in conjunction with the company's yearly convention, the CMJ Music Marathon, a two-disc compilation featured the Laserfile package. "It was a great opportunity to get the package into the hands of industry people," says Cheryl Botchick, associate editor at CMJ's New Music Report. The compilation went to about 11ꯠ people, comprising convention-goers and CMJ subscribers. "To me," says Botchick, "there's an aesthetic difference. It's a little bit more interesting from a design perspective." The crystal polystyrene package is injection-molded by Laserfile (Englewood Cliffs, NJ). It looks like a jewelbox, and it meets the industry-standard 5" x 51/2" size. But instead of opening like a book, a tab is depressed so that a concave polypropylene CD "drawer" can be pulled out. By placing additional pressure on the tab, liner notes pull out. Once opened, the tray folds back for easy removal of the disc or insertion into a front-loading CD player without direct handling. Because only the "non-data bearing" side of the CD comes in contact with the tray, the package is said to offer better disc protection. Meanwhile, the elimination of hinged tabs and the center "rosette" are said to increase package durability. As an added benefit, the package uses 10% less plastic, claims Laserfile. The Laserfile package is priced competitively with the jewelbox, says Botchick. She admits that she questioned the longevity of the "living hinge" on the PP tray, although Laserfile has stated that extensive testing has shown that breakability is not an issue. 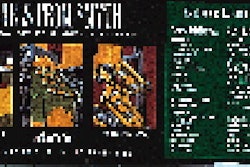 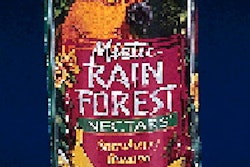 Can printing brings the rain forest to life 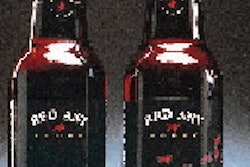 Beer label changes colors down under