Growing production capacity as well as increased demand in emerging markets including the dairy and pharmaceutical industries will drive growth of aseptic technologies through 2025.

Jim ButschliJim Butschli
Growing production capacity, as well as increased demand in emerging markets as well as the dairy and pharmaceutical industries, will drive growth of aseptic technologies through 2025. Graphic courtesy of Converged Markets.

Multiple factors are combining to increase global demand for aseptic processing and packaging, according to a new report from Converged Markets.

In the report, the market intelligence and advisory services firm says the aseptic industry “has witnessed a major rise in technology and trends as companies foray into new markets.” It cites enhanced production capacity and greater numbers of packaging manufacturers leading to a shortfall in packaging material supply, with demand coming close to outstripping supply.

Increased demand is coming from the dairy sector where companies have observed the benefits of aseptic packaging with cartons and have adopted the technology for daily use. The practice of introducing ultra-high temperature-sterilized packaging is also boosting demand. Carton packaging has helped enable better packaging and distribution, as well as preserving the shelf life for extended periods.

The report notes that negative health reports pertaining to carbonated soft drinks have caused consumers in various global emerging markets to focus on flavored or processed milks. Converged Markets also says, “Due to uneven milk production across regions, there is difficulty in shipping cold products and limited cold storage in developing markets; aseptic packages offer a convenience that has made them instantly popular in the packaging industry. Therefore, the aseptic packaging market for these products is expected to grow as a large share of aseptic beverage packaging is consumed by dairy beverage packaging.”

Aseptic packaging in the use of prefilled syringes, vials, and ampules is enhancing the use of the technology in the pharmaceutical sector as well. Says the report, “It ensures the longevity of the drug inside the package; thus reducing the risk of the patient being harmed by a drug that has gone bad. Vials and ampules contain drugs that are first filled in a syringe and then administered to the patient, making the need for high-level aseptic packaging in these packages even higher as they come into contact with pathogens more often than prefilled syringes.”

The report forecasts prefilled syringes to be the fastest-growing market, at 9.7% CAGR through 2025. It explains that aseptic technology in the pharmaceutical sector has helped improve the safety standards and logistical support. “The sector is expected to contribute to the growth of aseptic packaging in the developing regions where the presence of pharmaceutical companies is also expected to grow,” says the report.

Gains in the Asia-Pacific region

The Asia-Pacific is expected to be the fastest-growing region for aseptic packaging globally, says Converged Markets, pointing to a growing middle class in India, China, and Japan, and large-scale urbanization. Here, the demand for packaged foods and beverages is on the rise as the consumer awareness drives food safety and packaging.

The report notes the increased presence of pharmaceutical companies in the region and their exports to regions such as Europe and North America have prompted them to adopt aseptic packaging to comply with regulations.

In terms of materials, the use of paper is estimated to achieve significant growth over the forecast period with an expected 9.5% CAGR. The report says that’s due to concerns over ecological and sustainable packaging practices. “Development in alternative sources of deriving paper products and enhancing their strength has resulted in increased paper demand. The use of plastics is widely being condemned by governments, which may result in a gradual decline in the use of plastic materials over the years,” according to the report. 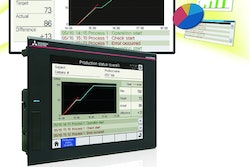 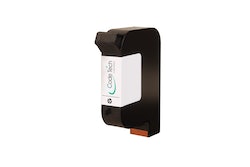 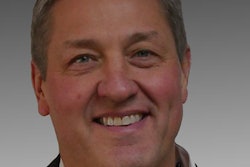 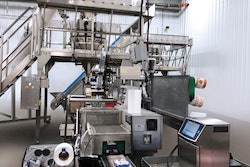