HFactor , the United States’ first-to-market functional water that caters to the health, wellness, and lifestyle challenges and needs of today’s active consumers, announced a complete redesign of its packaging. 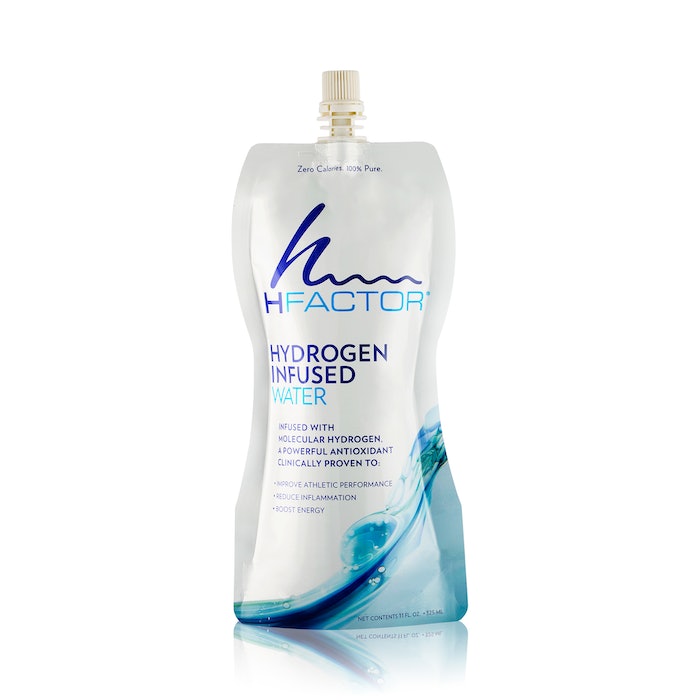 To upgrade functionality, HFactor’s award-winning Hydro-Pack – acclaimed for its ability to effectively retain hydrogen – will now feature an easy-open twist-off spout. In addition, the new look will include an enhanced hour-glass structure, along with a revamped modern aesthetic.

The new spout will replace the brand’s “rip and sip” top and has undergone multiple rounds of research and development to ensure its composite of specially-formulated materials retain HFactor’s industry-leading levels of hydrogen. The distinctive pouch has retained its signature aquatic look, now reflecting a sleeker and more minimalist design. Additional pouch upgrades include a matte finish, horizontal logo, the introduction of a blue-green color palette, and more prominently featured product benefits.

"While our original package was praised for its unique ergonomic design, we recognize the challenges of our rip-top,” said Gail Levy, Founder and CEO of HFactor. "Fitting our Hydro-Pack with an easy-to-open spout that still retains hydrogen is a proud moment for our company. As our retail presence is slated to expand exponentially over the next several months, I could not be more excited to introduce our customers to HFactor’s newest packaging.”

The pouches are filled by a contract packager. HFactor says the spout technology is proprietary.

The new packaging will roll out in stores nationwide and online beginning May 2, 2017. For the first time ever, the product will now be available in an easy-to-open 12-pack designed specifically to fit neatly into refrigerators. This announcement comes on the heels of HFactor’s expansion into Jet.com, Inc. and GIANT Food Stores nationwide. HFactor is currently available at more than 1,100 retail stores, including GNC, 7-11 and CIBO Express, in addition to a variety of independent health & wellness retailers and on Amazon.com.