The benefits of serialization experience from other markets

Familiar with the complexities, suppliers from the financial and healthcare communication markets offer decades of track and trace experience to pharmaceutical manufacturers. 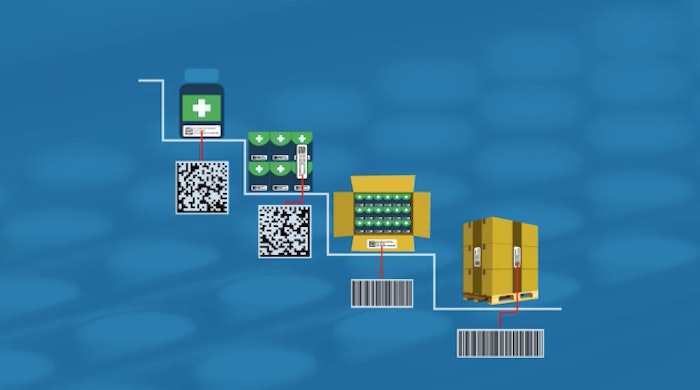 As serialization efforts transition from planning to implementation, suppliers must be able to integrate, validate and troubleshoot lines by November 2017.

A major theme across serialization roundtables and discussions is concern or confusion about data management, including what data is exchanged and how. Additional complication is added when packaging service providers or Contract Manufacturing Organizations (CMOs) are involved. Who manages change control? What events trigger data exchange? Does a third party maintain the enormous amount of data?

Though it may feel like uncharted territory from a pharmaceutical perspective, there are other industries that have been accustomed to these subjects for decades. There are market segments, such as HIPAA-compliant medical communications and credit card production and mailing, that have been using serialization and track and trace technology for years.

With a limited number of serialization service and technology providers—and pharma companies all facing the same 2017 deadline—lead times may become quite long. But players with serialization know-how from other industries are tailoring systems for the pharmaceutical market.

This is good news for those worried about finding qualified suppliers who are familiar with the complexities of the new requirements. Companies like Bell and Howell, with 109 years in operation and 50 years in track and trace technology, are bringing their infrastructure, experience and field service personnel to the market.

“We have over 6,000 systems deployed today tracking millions of items,” says

Mark Durrett, VP of Marketing at Bell and Howell. In other industries, the company provides track and trace services for four to five times the volume of pharma production spaces. “At many of our financial and healthcare customers with credit card and mail production operations, there may be tens of millions of parent-child relationships processed daily.”

Though the core functionality has been deployed in markets for years, Bell and Howell spent the last year working to refine track and trace systems for pharma manufacturing. “Many manufacturers have reported limited supplier resources that cause delays in quote response, equipment availability and integration efforts. We feel strongly that our readily available experience and technology can bring some welcome relief to the problem – especially as the next set of deadlines are fast approaching,” says Steven Robinson, Director of New Business Development.

Of course, it is not enough to simply get a quote and have the technology delivered by November 2017. As serialization efforts transition from planning to implementation, suppliers must be able to integrate, validate and troubleshoot lines in a timely manner. The company employs 600 field service personnel in North America to assist with integration and line optimization. “We want to help companies that are still on the serialization journey. We have the product available, and maybe more importantly the personnel, to get up and running by the 2017 guidelines.”

To facilitate communication, Bell and Howell recently hosted their first Southeast Traceability & Serialization Forum on Nov. 17, 2016. The educational event was an opportunity for industry leaders to share knowledge, including live demos, and offer a forum for those facing deadlines to discuss challenges and concerns. A few takeaways included: